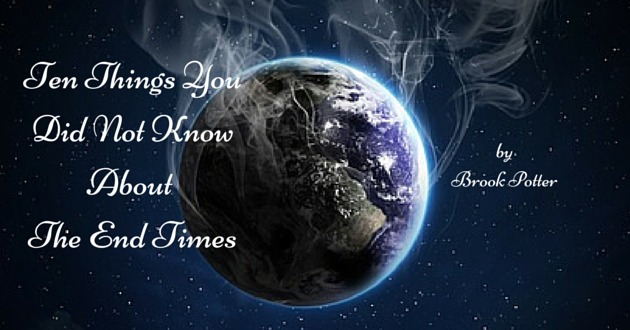 “… American evangelism is very widely misled, that it has departed from the historic Christian position about the second coming of Christ. That’s really rather sobering, because if we’re wrong about this, what other things might we have misinterpreted?” – William Lane Craig

In the midst of my Spiritual Awakening to the realities of the new covenant, I hit upon a speed bump called The Book of Revelations. At that time, I was a Pre-Millennium Rapture believer, actively listening for trumpets and pointing to every camel fart in the middle east as a sign of the “End of the World!”

At that time, I preached what was very common, that Jesus Christ has saved us from God. That on the Cross, God poured out his wrath on the Son, and that changed God, so that he could now be loving. I have since changed my understand of this dysfunctional Trinity, to the more historical Christ is Victor view. But none the less, I had a real problem when it came to reconciling the Book of Revelation with the New Covenant.

The idea was that if God had poured out ALL his wrath on the Son, why is it that suddenly we see wrath being poured out in the Book of Revelation? How does one reconcile the forgiveness and justification passages of the New Covenant, with this ‘Breaking Bad’ Jesus we see coming back with blood-lust to gun down all his enemies?

The obvious conclusion was that the Cross was not sufficient to really deal with the issue of sin. Further, If God was really getting angry all over again, that means God didn’t really forgive us and justify us at the cross, and we cannot have assurance of anything, if that is the case.

With that thinking, it means that sin is more powerful than the Cross, and God’s ultimate solution to sin would be a violent homicidal apocalypse in the future. These and other questions led me to re-examine many of the beliefs I held concerning End Times and the nature of the Book of Revelation.

1. There are Other views.

The first thing I discovered were that there were actually other views on the subject of End Times, with many sub categories. Futurism, while popular, was not the only belief. There is also, Idealism, Historicism and Preterism. Within each group there was a multitude of sub categories.

The only other instance of this type of teaching from the Early Church was a variation of “Post Tribulation Rapture,” which was later condemned as Heresy by the Council of Ephesus in 431 AD. Apart from that, there is no historical evidence to support the modern teachings.

In the King James New Testament, the phrase “End of the World,” is used four times in the Book of Matthew. This single translation has given rise to much of the confusion concerning the context of Jesus’ words about end times.

So the question asked by Jesus’ disciples in Matthew 24:3, could be translated as “… and what shall be the sign of thy coming and the end of the age?” The age in question could very well mean, the Judaic Age of the Law and the Mosaic Covenant. It does not necessarily mean the end of the physical world.

3. The Whole Earth or the Whole Land?

As I pointed out in the post above, one of the Greek words used in the Book of Revelations is the word “ge” (Strongs G1093), that is often translated as world. The Apostle John employs both Greek words in his writing.

For instance, from the King James Bible Revelation 13:8, John uses the word kosmos, while in Revelation 12:9, the word, ge is used;

Revelation 12:9  And the great dragon was cast out, that old serpent, called the Devil, and Satan, which deceiveth the whole world: he was cast out into the earth, and his angels were cast out with him.

The word “ge” can also be translated as land, referring to the land of Israel. Making it possible for many of the events to be depicted in the book of Revelations to be localized, rather than world wide events.

4. Jesus foretells the Destruction of Jerusalem

Matthew 24, Luke 21, and Mark 18, are often used to describe the events leading up to the End of the World and the rapture. However, the questions from the disciples are actually asking about when will the temple that existed in Jesus day, and the city of Jerusalem be destroyed.

Jesus warned them, that when they see Jerusalem surrounded by armies, they could escape by getting out of Judea and heading to the mountains. Far from being a world-wide destruction, the events are actually in line with national judgement.

In the Book of Daniel 12:4, Daniel is instructed by the Angel, to seal up the Prophecy, until the time of the end. The event of the Prophecy that Daniel sealed was of the coming of the Messiah, and the destruction of the Temple and Jerusalem by the Roman armies (Daniel 9:24 – 27).

Daniel 12:4  But thou, O Daniel, shut up the words, and seal the book, even to the time of the end: many shall run to and fro, and knowledge shall be increased.

Revelation 22:10  And he saith unto me, Seal not the sayings of the prophecy of this book: for the time is at hand.

According to Daniel, far off was at most 600 years, so it is rational to assume that the time that is at hand, in the book of Revelation must be less than 600 years. If the events in Revelation, were 2000 years or more from the time of Christ, we would expect to see John get the same instructions as Daniel did, to seal the book until the time of the end.

Generally, Rapture Theology requires multiple resurrections. At the Rapture, the first resurrection of the dead saints. Then after the 7 year Tribulation, there would be another resurrection of the righteous who got saved during the Tribulation period, at Christ’s second coming, so that all the believers could reign with Christ for a thousand years.

Then at the end of the Millennium Reign of Christ, there is another resurrection of the Righteous who died during the 1000 year period, and all the unrighteous for the great white throne Judgement. There are variations on this view, some include more resurrections but I count at least three.

The problem is that the Apostle Paul only espouses ONE Resurrection of the Just and the Unjust.

Acts 24:15  And have hope toward God, which they themselves also allow, that there shall be a resurrection of the dead, both of the just and unjust.

7. Jesus says that those who are taken, end up dead.

The popular rapture verse in Luke 17, talk about two men in a bed, two women grinding flour, and two men working the field, from each one shall be taken and the other shall be left. Many read these verses and believe them to be a classic support for the Rapture.

The problem is, that according to the story, the Righteous were the ones who were left, and the unrighteous were taken away and end up dead, and you’ll see the vultures feeding on them.

Luke 17:37 And answering they said to Him, “Where, Lord?” And He said to them, “Where the [dead] body is, there also the vultures will be gathered.”

1 Thessalonians 2:14 – 16  For ye, brethren, became followers of the churches of God which in Judaea are in Christ Jesus: for ye also have suffered like things of your own countrymen, even as they have of the Jews: Who both killed the Lord Jesus, and their own prophets, and have persecuted us; and they please not God, and are contrary to all men: Forbidding us to speak to the Gentiles that they might be saved, to fill up their sins alway: for THE WRATH IS COME UPON THEM TO THE UTTERMOST.

If the wrath discussed in the Book of Revelations is directed to the new covenant church, we would have a conflict. But if the wrath is directed to Old Covenant Israel, in response to their continued disobedience to the Law, there would be no conflict, as it would be God upholding his side of the covenant to curse them for their disobedience according to Deuteronomy 28.

In all my years of Study, I had never heard about the biblical genre known as Apocalyptic Language, and it’s role in Prophecy. I always read the events of Revelations literally, without understanding how this language was used throughout scripture and in the ministry of Jesus Christ.

For instance, when God described the Judgement of Babylon in Isaiah 13, the language talks about the Lord and the armies of Heaven coming to destroy the whole land (verse 3-5.) That the stars of Heaven and the Constellations will not give light, that the sun will be darkened and the moon will not shine (verse 10). That God would punish the whole world for their evil and wickedness (verse 11), and shake heaven, and the Earth will be removed from her place (verse 13).

Ultimately, this is talking about the destruction of Babylon by the Medes (verse 17.) And all of this was fulfilled in 538 B.C, when Babylon was destroyed. This same type of Apocalyptic Language is employed in the Book of Revelation and the Ministry of Jesus.

Far from describing Global catastrophe, it is more in line with the idea of National Judgement.

Ultimately, 1 Thessalonians 4:16-17 is the verse that must be addressed, to any alternative view of the rapture theology.

1 Thessalonians 4:16 -17 For the Lord himself shall descend from heaven with a shout, with the voice of the archangel, and with the trump of God: and the dead in Christ shall rise first: Then we which are alive and remain shall be caught up together with them in the clouds, to meet the Lord in the air: and so shall we ever be with the Lord.

The only real debate about this verse is the final destination. Most believers would agree that this is the Lord’s Coming, that the dead rise first, and those that remain alive on the earth will ascend to meet the Lord in the air. Where the division occurs is the issue of destination.

The Rapture Theology would say that the Lord turns around, and takes the believers back to heaven, to wait out the Tribulation Period. The Alternative is that this is the Second Coming of Jesus Christ, as it has historically been understood, and it is actually the ones who meet the Lord in the air that turn around and escort Jesus Christ back to the Earth.

1 Thessalonians 4:14 -15  For if we believe that Jesus died and rose again, even so them also which sleep in Jesus will God bring with him. For this we say unto you by the word of the Lord, that we which are alive and remain unto the coming of the Lord shall not prevent them which are asleep.

In verse 14, we have the image of God emptying Heaven to bring the saints with him. The question should be bring them where? Verse 15, talks about the coming of the Lord, it doesn’t talk about him returning to heaven. These verses suggest that the trip Jesus is making is to the Earth. There is nothing to say he turns around and returns to heaven.

While this list is by no means exhaustive, it should give people some interesting points to consider in their personal study, as much as it did with my own.