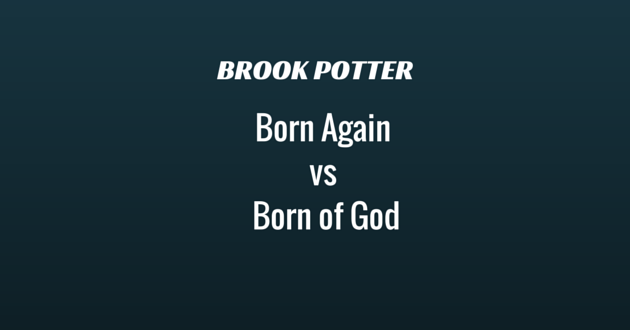 Allow the Scriptures to Interpret Itself

“Hermeneutics is the lost art of textual interpretation. ‘Lost,’ in the sense that when you start apply the principles to biblical texts, any clear meaning of the verses you once had, is lost forever.” – Brook Potter.

A few weeks ago, an internet theologian decided to engage me in a conversation about Hell. He explained that after months of heavy study, he concluded that Hell was a real place, and I was on the fast track to finding myself there. I applauded his efforts, and smiled at his concerns. I then asked him what had he found out about Hell, after studying the Hebrew and Greek words, ‘Sheol’, ‘Hades’, ‘Tartarus’ and ‘Gehenna’?

Sadly, although not unexpected, my internet theologian friend had never heard of these words. Instead he chose to question my motives for bringing up obscure Hebrew and Greek words to confuse the issue, when he clearly did not speak Hebrew or Greek. After a further comment about me being an Universalist and having sexual intercourse with mothers, he promptly blocked me and went off to spread his wisdom with the rest of the Facebook world.

I share this story to illustrate a principle of Biblical interpretation. What the internet theologian did not include in his “months of heavy study,” was a simple principle of allowing the Scriptures to interpret itself. The English word “hell” is a modern invention that first appeared in writings around the 14th century. Jesus never mentioned the word, as the English language had not evolved as yet, and would not be spoken until the Medieval Period, half a world away in England.

Born Again vs Born of God

So to understand what Jesus was speaking about, one needs to go back into the text and understand the words that were used in the time period, and then compare that word with other uses throughout Scripture to see if those other uses give any clear indication. On the subject of “Hell,” it is most difficult because there are four words, as I mentioned to the internet theologian, and many uses of these words have nothing to do with the afterlife.

The controversy surrounds a phrase that means one thing in American Evangelical circles, but has a different meaning in Scripture. The phrase I’m talking about is “Born Again”. To the Western Evangelical Church, everything hinges on being “Born Again”. In their understanding, the phrase encompasses regeneration, adoption and salvation, all in one phrase, that occurs when a person expresses faith in Jesus Christ. According to their understanding, “true” believers are “Born Again” believers.

1 John 5:1  Whosoever believeth that Jesus is the Christ is BORN OF GOD: and every one that loveth him that begat loveth him also that is begotten of him.

Now, someone would come back to me and say, this is semantics! Born Again or Born of God, it’s all the same thing, what does it matter? At which point I would remind them of the incident I had with the internet theologian, concerning his word study about “Hell.” If we don’t know how the phrase is used, how can we determine the meaning?

In part 2, we will examine the Scripture’s use of Born Again and Born of God in greater detail.

The phrase “Born Again” has gained popularity, mostly because it was the phrase used twice by Jesus Christ in his encounter with Nicodemus (John 3:3, John 3:7). The Western Evangelical Church has taken up John 3:7 as their marching orders, “Ye Must be Born Again!” But many Western Evangelicals may be surprised to know that there is another place in Scripture where the phrase Born Again is used twice, but in that Epistle the phrase is recorded as PAST TENSE. Both of those incidents are in the first epistle of Peter.

1 Peter 1:3 (NASB) Blessed be the God and Father of our Lord Jesus Christ, who according to His great mercy has caused us to be BORN AGAIN, to a living hope through the resurrection of Jesus Christ from the dead,

1 Peter 1:23 (NASB) for you have been BORN AGAIN not of seed which is perishable but imperishable, that is, through the living and enduring word of God.

The use of the phrase “Born Again” in the first epistle of Peter gives us some clues as to it’s use. First, it say that we were made born again according to God’s great mercy, and through the Resurrection of Jesus Christ from the dead (1 Peter 1:3). It says nothing about our faith, especially since at the time of Resurrection, the disciples and the rest still believed Jesus to be dead. No one had faith in a risen Christ at the time of the Resurrection, but yet, we were born again.

The second use of the phrase gives insight into the scope of this Born Again experience, that has cut us off from the perishable seed and grafted us into the imperishable seed. This is a reference to Adam and Jesus, and how Jesus has replaced Adam as the First Man. These verses, far from being limited to Only True Believers, actually builds a case for a regeneration of all humanity.

Now before all my Evangelical friends explode from what appears on the surface to be a case for Universalism, I will like to point out, it does not automatically mean the salvation of all humanity. Unlike Western Evangelicalism, I am not equating “Born Again” as being synonymous with salvation. Rather, the text makes the case for Universal Regeneration, with Jesus as the first fruits of that New Creation.

In the Western church’s understanding of the born-again experience, we preach to an unregenerate unbeliever who somehow is able to see and understand the spiritual truths of the Kingdom. He is then be able to express faith in Christ, and then that person is regenerated and becomes born-again. But that conflicts with the lessons we learned from Jesus and Nicodemus. Jesus took time to explain spiritual truths to the unregenerate Nicodemus, and he did not see or understand them.

Jesus preaching to the unregenerate Nicodemus prompted him to make the statement:
John 3:3  Jesus answered and said unto him, Verily, verily, I say unto thee, Except a man be born again, HE CANNOT SEE THE KINGDOM OF GOD.

Trinitarian Theology ascribes that the Born Again experience causes the regeneration of Humanity, but not the Universal Salvation of Humanity. It then fits with Jesus’s statement in John 3:3. Because humanity has been Born Again or regenerated, we CAN preach Spiritual Truths to unbelievers, and they CAN SEE THE KINGDOM, and they can then express faith in those truths, and become what the Apostle John descried as Born of God.

Where the Western Church lumps regeneration and salvation on the phrase “Born Again,” it ends up ignoring the scriptural use of the phrase “Born of God,” and creates a paradox. Some see the born again experience as the regeneration of humanity through Jesus’ resurrection. They see the Born of God experience as when a person expresses faith in Christ unto salvation. Thus they keep them as two separate things, distinguished by two different phrases in scripture.

Brook Potter talking about how humanity was Born Again.

4 thoughts on “Born Again vs Born of God, A Word study”