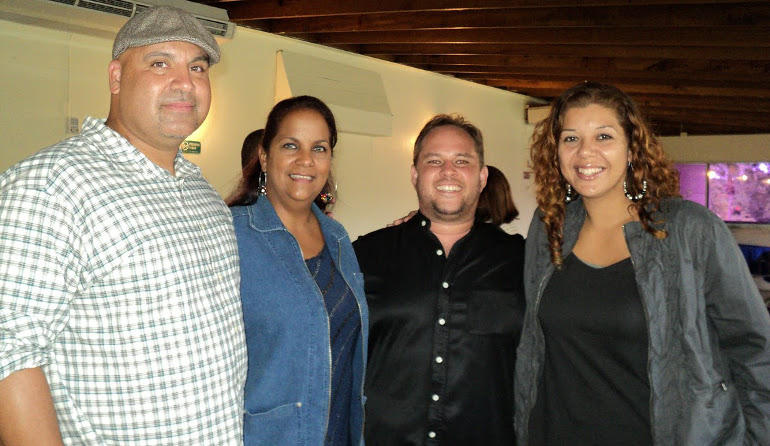 On our final day of ministry, we returned to the Kingdom Supernatural School early on the Saturday morning.  I opened the session with about two hours on the New Creation and what it means to be justified by His blood, with intermittent breaks in between.  Pete Cabrera jr took  the after-lunch session, firstly by presenting me with my Ordination Certificate and then talking about all the excuses we use that prevent us from healing the sick and why these excuses are really not biblically accurate.

Alberto was there faithfully translating the whole time.  At times we would get so excited about the message that he would have trouble keeping up with us.  He later called Pete “Speedy Gonzales”, for his zeal to get the message out but leaving little time to translate.  Pastors, and those in attendance, had never heard much of what we talked about in the way we had described it before.

At the close of the session, we invited various people up for healing and to minister to the sick.  Various members came up, including some of the pastors.  Everyone got healed, some with nothing more than just the laying-on of hands.  God was so good to us in that session.  As we closed, we felt we had deposited much into the lives of the people.  We made it a point to mention that we had left all of our material and curriculum with Brother Alberto so that those who wanted to get more information should get in contact with him.

We knew that each of the topics we had touched on was really a three-day seminar in and of itself.  There was no way we could cover it all in the time allotted.  None the less, we gave it out all.

That was my last day of ministry, the following day I had packed up all my stuff and made my way back to San Juan International Airport to make my way home to Trinidad and Tobago. There was so much that happened on this trip, so many miracles, it would be a novel for me to record it all.   All the wonderful people we met, and all the stories we heard.  It was truly one of the best trips of my life.