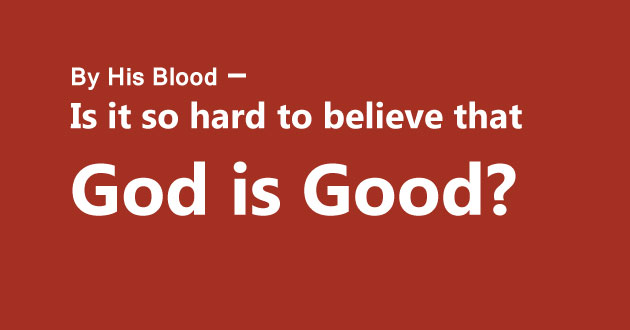 “When I saw for the first time by the Word of God that sickness was not the Will of God, everything in my nature rose up to defeat the will of the devil.”  — John G Lake

I was having lunch with my father and step mother the other day, and I explained a very simple truth to them that I think really changed their view of God.  I simply said, it is not God’s will for a person to be sick.  I explained, God is not schizophrenic, he does not put sickness on someone then plays hero to heal them of that same sickness. We as natural parents would never put sickness on our children for any reason, but that’s what we teach about God.  It’s not God, it is the enemy.

The wrong understanding about the sovereignty of God, that somehow God puts sickness or gives permission to the devil to afflict people is one of the worst teachings given to believers. It makes God ultimately responsible for the suffering, the rape, the murder and all the atrocities of this world, either directly or by proxy. It makes it  hard to believe that God is Good. It is really hard to draw close to a God like that, far less to trust Him, but we teach about Him as such.

Of the many funerals I’ve attended, someone always uses God as a consoling mark, without really thinking of what they are saying. When a young person dies, they say God had a plan in this, and His ways are hard to understand. As spiritual as it may sound to the traditions of men, to someone who has lost a loved one, it is no different than saying that God killed the person. We cannot grow close to a God if that is the image we have of Him, no matter how much we prop Him up with teachings of love.

Jesus came to bring life, the enemy comes to steal kill and destroy. Men truly have free will on the earth. When a young man dies in a car accident, it was not God who did that, but the enemy spoke into the hearts of men and coordinated such an attack. We have the power and authority to stop all those things from happening, but it’s hard to fight something when we think it’s God doing it. Teaching otherwise will only lead people to be angry, bitter and hold resentment against God without understanding the nature of His relationship with mankind.

Todd White talking about When the Enemy Comes to Kill