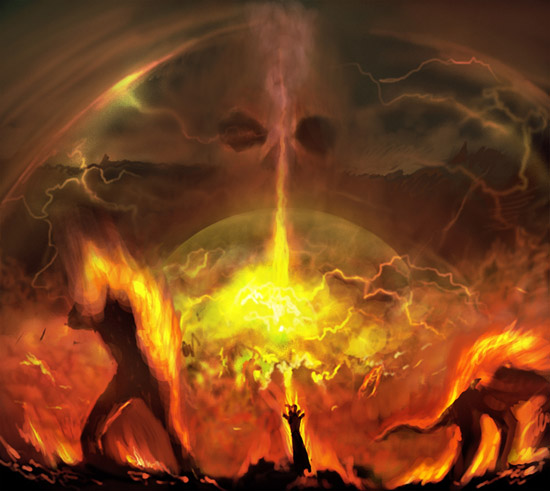 Romans 4:15  Because the Law worketh wrath: for where no law is, there is no transgression.

There are a few things that I use to understand the bible. Firstly, whatever I read, I recognize that the Cross of Jesus Christ is the dividing line between the Old and the New covenant, and apply the effects of the Cross to every passage. Secondly, I always compare scripture with scripture to help understand the audience and the context of any passage by seeing how the phrase was used elsewhere.

These are actually many of the questions that I had to deal with in my own study on the subject of Grace and on the matter of the End Times. While I do not claim to have all these matters figured out, I definitely understand some clearly defined things concerning the Wrath of God. Let’s examine some of those New Covenant Scripture and see what we can discern.

Matthew 3:7  ¶But when he saw many of the Pharisees and Sadducees come to his baptism, he said unto them, O generation of vipers, who hath warned you to flee from the wrath to come?

Firstly, in the scripture above (Matthew 3:7), John the Baptist speaks about the wrath to come, while talking to the Pharisee and the Sadducees. In that same context of Scripture, John warns of impending Judgement upon Israel, at that time, that Axe is laid at the Root of the trees. This is a very soon event that is about to take place.

The thought is paralleled in Luke 3:7  Then said he to the multitude that came forth to be baptized of him, O generation of vipers, who hath warned you to flee from the wrath to come?

We notice something about the preceding verses, and in fact all verses concerning wrath in the New Testament, they seem to have a common audience. In Fact Paul goes so far as to name that Audience;

1 Thessalonians 2:15 – 16 Who both killed the Lord Jesus, and their own prophets, and have persecuted us; and they please not God, and are contrary to all men: Forbidding us to speak to the Gentiles that they might be saved, to fill up their sins alway: for THE WRATH HAS COME UPON THEM to the uttermost.

It is interesting to note, in the above passage, Paul did not include the church, the unbelieving world or himself as recipient of God’s wrath. It was apparent, that the wrath of God that was to come was directed to the Religious leadership of 1st century Jews and the Judiazers. It is further confirmed in Ephesians 5:6, in Reference to the Judiazers, Ephesians 5:6  Let no man deceive you with vain words (Judiazers teaching Law): for because of these things cometh the wrath of God upon the children of disobedience (Breakers of Law).

Historically, Jerusalem was destroyed in 70AD, exactly 40 years, very soon after it was foretold by John the Baptist and within a generation from when Jesus spoke the Judgement against the nation of Israel in Matthew 24. That was the day that the Author of Hebrews was warning the new Jewish coverts to be ready for and not to reject Christ and Sin willfully by returning to the temple system for their righteousness.  It was the final demand of the Law, from Deuteronomy 28, that all the curses be poured out for Israel’s disobedience.

Hebrews 10:25 – 26 Not forsaking the assembling of ourselves together, as the manner of some is; but exhorting one another: and so much the more, as ye see the day approaching. For if we sin wilfully after that we have received the knowledge of the truth, there remaineth no more sacrifice for sins,

The author goes on to warn the first century Jewish Christians of the Destruction of Jerusalem to Come with Apocalyptic Language, Hebrews 10:27  But a certain fearful looking for of judgment and fiery indignation, which shall devour the adversaries.

Further, it explains the sorer punishment that would come to those who had come out from the law of Moses, into Faith in Christ only to return to the Temple System for their righteousness. Their punishment would be even sorer than those of natural Jews who never believed in the first place.

Hebrews 10:28 – 29  He that despised Moses’ law died without mercy under two or three witnesses: Of how much sorer punishment, suppose ye, shall he be thought worthy, who hath trodden under foot the Son of God, and hath counted the blood of the covenant, wherewith he was sanctified, an unholy thing, and hath done despite unto the Spirit of grace?

The Author then goes on to Remind the Jewish converts of what the Law says concerning the judgement that God is about to brought to Israel for her Disobedience.

Hebrews 30 – 31  For we know him that hath said, Vengeance belongeth unto me, I will recompense, saith the Lord. And again, The Lord shall judge his people. It is a fearful thing to fall into the hands of the living God.

While many believe these verses are talking about the Eternal Punishment of Hell for those who reject Christ, I believe the Context of these verses is referring to that coming day (Hebrew 10:25), is more specifically in line with the Coming Judgement upon the Nation of Israel. There are Most definitely consequences to rejecting Christ as expressed elsewhere in the scriptures, but that is not the context of these verses.

Understanding the Wrath of God was given to a specific nation and city, give clues as to how to read into the Book of Revelations on the subject of God’s Wrath. While I am not going to get into that study here, and neither do I have a full understanding, but i’ll point out some things that seem to be in line with what we have already discussed.

When reading into the Book of Revelations, notice God’s use of the phrase “synagogue of Satan.” The earliest enemies to the church were the Judiazers, whom sought to have the gentiles adopt the law of Moses. God makes reference to them in Revelations 2:9 and 3:9. The use of the Word Synagogue is never used for the Church, it is always speaking to Jewish houses of worship.

Further, It may be of interest to note that the Vials of Wrath poured out in Chapter 16, upon those who have shed the blood of saints and prophets (verse 6) are a parallel of the the plagues of Egypt. It is interesting to note which city is identified as spiritual Egypt and Sodom in the Cotext of Revelations 11:8, where the Lord was Crusified. From that same passage we learn that this place is known as “the great city,” a term that is used later on as one of the recipient of the wrath of God described in Revelations 16:19.

The Wrath of God has been used out of context for much time, as a means to scare people into Good Behavior in this life, here and now. That is not what the New Covenant is about.  We are called to trust in Christ in us to bring forth the promises of the fruit of the Spirit. For those of us in the New Covenant, we have no fear of the Wrath of God, as we know that our Judgement happened at the Cross, and when we appear before the Judgement seat of Christ, it is to behold the wonders of our high priest actually sitting down. The fact that he is sitting means, there is no more work to be done on our behalf concerning judgement and sin, and behold, we are seated with him.

Romans 4:15  Because the Law worketh wrath: for where no law is, there is no transgression.

Jonathan Welton talking about The Wrath of God that comes by the Law. (2 Hour Lecture).