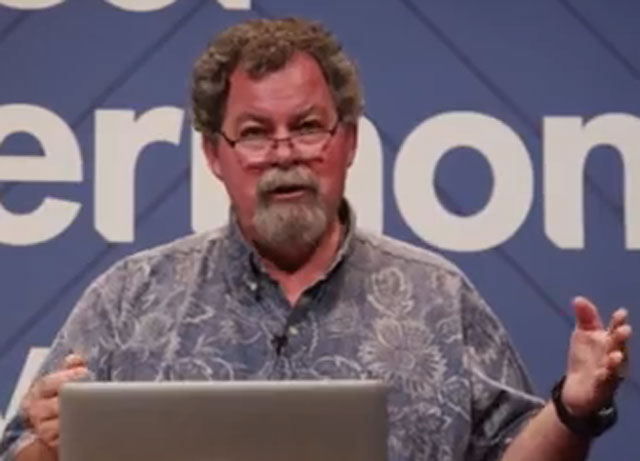 Is The New Testament We Have Now, What They Wrote Then?

Dr. Daniel Wallace is one of the foremost New Testament scholars in the world today. In his Best Sermon Ever, he shares with Mars Hill important teaching on the origin of the New Testament and whether or not what we read in our Bible translations today is the same as what was written in the original manuscripts.

If you or a friend have ever had doubts or questions about the validity of the New Testament, or the Bible in general, this is the sermon to watch.

Dr. Daniel Wallace is a native Californian, a pastor, and a former surfer. He transplanted to Texas and has taught for more than 28 years at Dallas Theological Seminary, where he is the professor of New Testament Studies.

One of his students over the years was Pastor Dave Bruskas, one of our Executive Elders at Mars Hill Church. Dr. Wallace is also the Executive Director of the Center for the Study of the New Testament Manuscripts.

He earned his B.A. at Biola University and went on to earn a ThM degree and PhD from Dallas Theological Seminary. His postdoctoral studies have taken him around the world from Australia to Africa. He has been part of writing, editing, or contributing to more than 24 books.

Dr. Daniel married his wife, Pati, 40 years ago and they have four sons and two granddaughters.