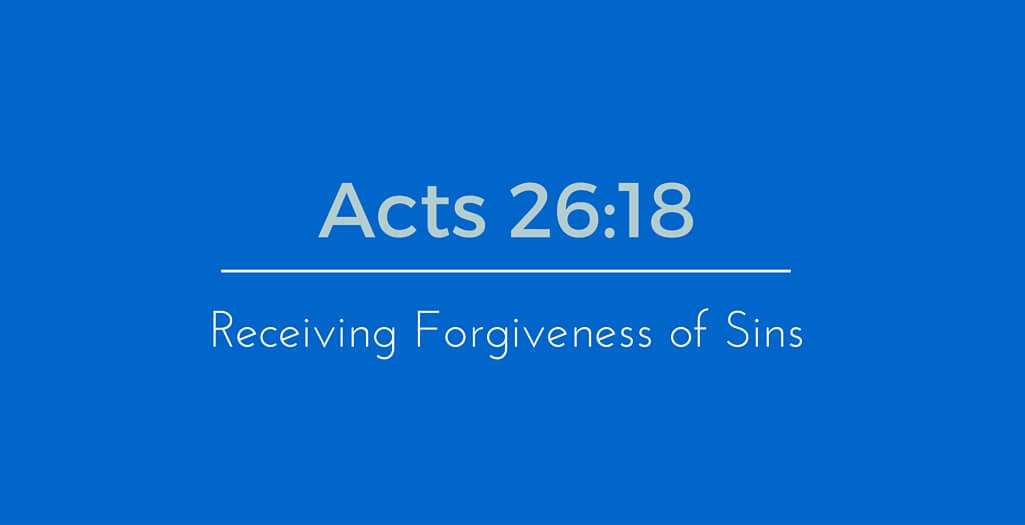 Receiving forgiveness of sins is an easy question to deal with. The prophesy by Jesus, in Mark 3:28, that all sins and blasphemes will be forgiven the sons of men, is either a true statement or Jesus is a liar. Obviously, Jesus is no liar, so the statement must be true. We know that Blood was required under the law for the forgiveness, and ultimately Jesus satisfied the demands of the Law with his own Blood, once for all (Hebrews 10:10). The Sacrifice for sins ended, and Jesus sat down. Jesus isn’t doing anything more when it comes to sins, so his sacrifice must have been sufficient to fulfill the words he spoke.

Hallelujah, that is really great news! Except for the Religious who have spent the better part of their lives telling people to confess and repent TO BE Forgiven of their sins. They usually don’t like being proven wrong even if it means making Jesus a liar. I can think of only four scriptures after the cross that the religious come with in an attempt to discredit the total forgiveness of sins and make Jesus Christ a liar. The biggest objection I have already addressed in a previous article about confession in, 1 John 1:9.

The second verse is found in the commissioning of the Apostle Paul.

Acts 26:18: to open their eyes, and to turn them from darkness to light, and from the power of Satan unto God, that they may receive forgiveness of sins, and inheritance among them which are sanctified by faith that is in me.

The Greek word used for “Forgiveness” in the above passage, is aphesis (Strongs G859) and it’s a noun, not a verb. It’s not something that takes place when people believe, it is something that has already taken place, and we believe it when it is preached.

Imagine it like this, someone walks up to you and hits you a hard slap across your face. Now, you in your own power, the ability to forgive that person of the wrong they have just committed. But if the person who perpetrated the action has no idea that you have forgiven them or they don’t “receive” that fact, it does them no good, and they are still under the effects of Guilt.

The fact that they do not receive it, does not mean you haven’t in fact forgiven them. That is the same thing said about God in this passage. Humanity has been forgiven, by his blood, but it does us no good unless we know it and receive it as truth.  This is why we preach the Gospel to the Lost, that they may get the benefits of the Finished Work of Jesus Christ and enjoy the relationship that was established through the Cross.