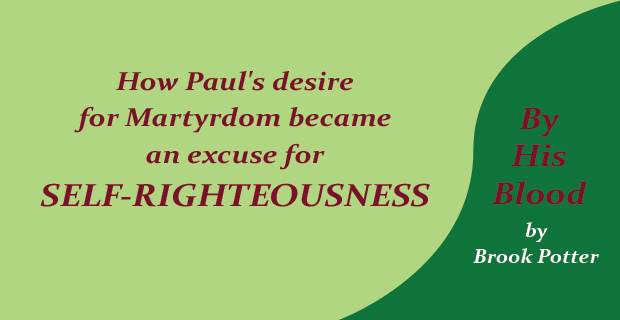 Only in the mind of a believer, can we take two contrary truths and try to make both of them apply. It comes basically from a failure to recognize the dividing line between the old covenant and the new covenant, as we remain ignorant to the change. We still cry out when we make mistakes, “to not take his spirit from us” (Psalms 51:11), all while in the new covenant, God already promised He would never leave us nor forsake us (Hebrews 13:5). But the believers do both, depending on how they feel.

For the modern day Pharisees, it plays to his strength, because of course any scripture can be taken out of context to justify his personal, favorite, religious doctrine. This is nowhere greater than on the subject of our perfection and sanctification. The Bible identifies that we have been made holy (Hebrews 10:10), as well as that we have been perfected (also past tense), by that same sacrifice of Christ (Hebrews 10:14). The only thing left is to believe on our perfection and enjoy maturing into what is already true about us. But for the modern-day Pharisee, what Christ did is not good enough, because he cannot wait for people to mature away from sin, he must do something to make people stop sinning now!

Again, what Jesus has done, is not good enough for the Modern-day Pharisees, we need to do more to help Jesus deal with the sin issue. For them, they take any excuse to insert work, effort and striving into this process, and continue to preach out of both sides of their mouths. They say things like “Yes, we have been made Holy, but we must also do something to be holy.”

This leads us to the next scriptures taken by the modern-day Pharisee to justify his self-appointed war on sin, that is Philippians 3:7-14, where Paul describes his desire for perfection that he has yet to attain. In this case, they read the account and think that perfection means holiness or a lack of sinning, completely ignoring the context of what that perfection is that Paul is talking about;

Philippians 3:10-11  That I may know him, and the power of his resurrection, and the fellowship of his sufferings, being made conformable unto his death; If by any means I might attain unto the resurrection of the dead.

Paul is not describing anything less, than his personal desire to by physically beaten, martyred and resurrected like Christ was. These passages are talking about Martyrdom, not progressively dying to sin or progressively getting holier or sanctified. Those concepts are completely absent from the dialogue. Paul’s desire for his own brutal death in the name of Christ, is what he is he going after. That is the perfection he is talking about, to lay down his life for Christ and that is what he has yet to attain. The Modern-day Pharisee, blinded in his heart, sees the word “perfection” in these verses and falsely assumes that it means something in his heart, even though the context doesn’t fit.

But again, for the modern-day Pharisee, he has no real faith in the Power of Christ in people. They think nothing to rip the scriptures apart all in a hope, that he can get others to fall for the same deceptiveness of Sin that grips his own heart. And just as the Pharisees of the days of Jesus were blind to their own Messiah by their obsession with strict religious obligation, so too is the modern-Pharisee blind to the power of God’s Grace to work in the lives of people, without any of his help.

The same Grace that saved us, is the same grace that keeps us and transforms our lives. In fact, the very attempt to try to change our behavior by anything less than a change of desire from the heart, is an avenue to fall from Grace. Sin will never be solved by anything we can do enough of; no fasting, no praying, no trying to live holy, not even our own efforts to stop sinning. Because none of these external actions can ever do anything about the heart issues on the inside. Sin can only be solved by trusting in the redemptive act of Jesus Christ and what He has done.

Titus 3-7 (King James Version) For we ourselves also were sometimes foolish, disobedient, deceived, serving divers lusts and pleasures, living in malice and envy, hateful, and hating one another. But after that the kindness and love of God our Saviour toward man appeared, Not by works of righteousness which we have done, but according to his mercy he saved us, by the washing of regeneration, and renewing of the Holy Ghost; Which he shed on us abundantly through Jesus Christ our Saviour; That being justified by his grace, we should be made heirs according to the hope of eternal life.

Paul White talking about being Sanctified.