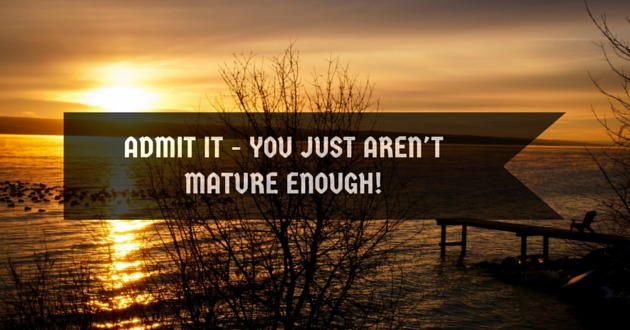 1 Corinthians 2:2  For I determined not to know any thing among you, save Jesus Christ, and him crucified.

At a recent conference, after my message on “the Covenant history of Israel and how that affected the ministry of Jesus”, someone approached me with some questions about my message. They asked me about Covenant Theology, Apocalyptic Language, and about the Destruction of Jerusalem by the Roman Forces in 70 AD.

They were convinced that God wouldn’t make the Scriptures so complicated, and that the Bible could be read literally and understood. They saw no value in the historical context, the Jewish idioms or even biblical genres. Now, I readily admit that these concepts are not explicitly taught in Scripture. There is no book in the Bible explaining the nuances of Apocalyptic Language, or Audience relevance.

While these things are not explicitly taught in the Bible, they are implied. We can see the apparent contradictions between the teaching of Jesus and the teaching of Paul. To understand these contradictions we can look to the Cross to mark the beginning of the New Covenant. By recognizing the dividing line, we can help make sense of their teachings. Similarly, there is no mention of the destruction of Jerusalem in the Bible, but it is eluded to and written about all throughout Scripture. Then, there is the biblical genre of Apocalyptic Writing. Any of us who read Psalms 18 will realize that how David describes his deliverance through these cosmic events is obviously not what literally happened when he was delivered from Saul.

But the person is right, there is no literal biblical interpretation methods laid out explicitly in the Scriptures. There are no books in the Bible explaining the various hermeneutic techniques of how to understand Scripture. To this response, my questioner shouted out, “Ah ha! You see, you don’t need all of those other things, I resolve to know nothing except Jesus Christ and Him crucified.”

My friend barely had the concept of the forgiveness of sin, so his understanding of Jesus Christ and him crucified was shaky at best. Never the less, I answered him saying, “Oh ho! That explains it, you’re a babe in Christ, still in need of the milk of the word, you are not ready for meat.”

My inquisitor objected, “Oh no I’m not, I speak the wisdom of Paul!”

I smiled graciously and then went on to explain a few things to my zealous friend. I first pointed out that the book of Corinthians was written to the first century Corinthians, and their church was a mess. So much so that Paul called them babes in Christ (1 Corinthians 3:1). Then I quoted the full verse of 1 Corinthians 2:2 and pointed out the one thing that everyone misses in that verse, the part where Paul said he would only do that “AMONG YOU!” That is, among the immature believers in the Corinthian Church.

I then explained to my inquisition friend, it is not that Paul didn’t have great wisdom, it was simply that the Corinthians couldn’t handle it. So Paul determined to preach the Cross Only among those who were immature. But a few verses later, Paul revealed a higher truth of what they speak about among the mature believers.

1 Corinthians 2:6-9 Howbeit we speak wisdom among them that are perfect [Mature]: yet not the wisdom of this world, nor of the princes of this world, that come to nought: But we speak the wisdom of God in a mystery, even the hidden wisdom, which God ordained before the world unto our glory: Which none of the princes of this world knew: for had they known it, they would not have crucified the Lord of glory.But as it is written, Eye hath not seen, nor ear heard, neither have entered into the heart of man, the things which God hath prepared for them that love him. But God hath revealed them unto us by his Spirit: for the Spirit searcheth all things, yea, the deep things of God.

My once zealous friend was left speechless. He said, “huh, I never noticed that before…” and walked off.

Ironically, most believers have never noticed that before. Every time I hear someone boast in how they only want to know Christ and him crucified, I secretly wish they knew the full dialogue. I know what they are saying and I know what they mean, but all too often, I’m saddened when they say that, because it shows they don’t even understand the very basics of what Paul was saying, and may not be ready for the deep things of God.

The sober preaching of the Cross is for the sake of the unbelievers and immature, but you better watch out when you get among the mature, for that’s when things really start to look crazy!

As Paul said later on,

If it seems we [the mature] are crazy, it is to bring glory to God. And if we are in our right minds, it is for your benefit.

Tony Seigh talking about living in Awe and Wonder.