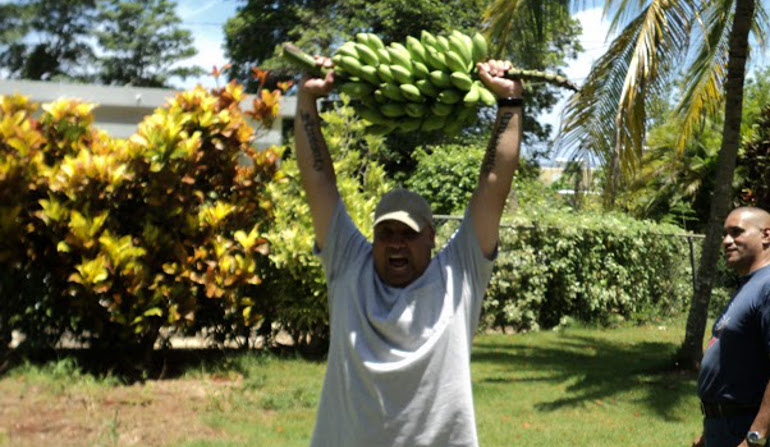 The good thing about how the days in Puerto Rico were structured was that most of the services were in the evening.  We managed to get the days to ourselves to hit the streets to pray for the sick, or even just to relax and enjoy the beach.  Pete’s family live in Kansas, and they have never really been in the ocean before.  It was a real delight to see them get to enjoy some of the things that we from the island enjoy, such as digging holes in the beach, building sand castles, and body surfing.  They had no bake-and-shark though.

We only had one incident on our first day out to the beach.  At the Crash Boat Beach in Aguadilla, Pete’s young daughter, Deseny, got stung by a jelly fish.  It also got Pete on his shin while he was carrying his daughter out of the water.  We quickly applied vinegar and scraped the affected area with a knife to get any of the tentacle hooks out.  It was a traumatic time for all of us, but we are happy to say since that time, Deseny has been back in the water and seem to really enjoy the beach.

The second church we visited was just a night service.  We were not part of the ministry team, so we went just to enjoy the worship and fellowship with our fellow brothers and sister.  I purposely decided not to sit next to Alberto to have him translate the message, rather deciding to trust the Holy Spirit to reveal the message to me.  Although I never understood all that was said, I would later speak to our hosts and tell them what the message was about, with amazing accuracy.

The first day on the streets, we hit the town centre of Aguadilla.  We started at the Parque Colon, and ended up in the local Mall, called Amigos.  It was an amazing experience.  Alberto translated while Pete Cabrera Jr ministered to the various people, and I was point with the camera to record the sessions.  We saw all hosts of pains leave people’s bodies.  We prayed for a veteran affected by Agent Orange, who experienced all the pain leave his body.  We prayed for people with HIV and even took a few canes away from people who were walking by to find they were able to walk perfectly without them.  God was faithful to his word, as multiple people got healed that day.