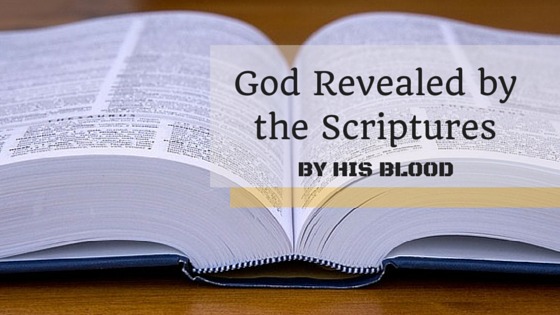 “God has limited Himself in his dealings with Humanity by His Testimony in the Scriptures and The Covenants.” – Andrew Wommack

I remember early on when I learnt this, I was challenged by a Religious leader who said to me, that God isn’t limited by anything, because God is the Word, which he meant to mean the Bible. The Scriptures, (Jesus never called it the Word of God (John 5:39 )), is given by inspiration of God, and is profitable for doctrine, for reproof, for correction, for instruction in righteousness (2 Timothy 3:16). There was only one time Jesus called the Scriptures the Word of God, and that was for what God actually spoke in the commandments (Mark 7:13). Does that mean that every line of every verse is true for you today?

Joshua 6:25 And Joshua saved Rahab the harlot alive, and her father’s household, and all that she had; and she dwelleth in Israel even unto this day; because she hid the messengers, which Joshua sent to spy out Jericho.

Does this verse mean that Rahab the harlot STILL LIVES in Israel even unto this day? That would make her at least 3400 years old, if we date the events of Joshua to about 1400 BC. A thinking person would realize that the account of Rahab was written to the people of that day. Everyone who reads verses like these, will know that these verses are historical and are no longer true today, but are speaking to a relevant audience at that time.

The Bible is a collection of Books that are of different styles of literature, including Historical, Poetic, Apocalyptic, Biographical and Letters. It means to be literal when it is literal, and symbolic where it seems to be symbolic, poetic when it means to be poetic and so on. The Word of God is revealed when Scripture is empowered by the Holy Spirit to Reveal Jesus. So don’t misunderstand, the Bible is important, but without the Holy Spirit, it cannot lead you to the Author and it can be abused to teach anything. Audience, Relevance and Context are always important, especially when examining verses that were once held true, but have since been rendered untrue due to such events like the Cross of Jesus Christ.

Such as, 1 Corinthians 2:9 – 10 But as it is written, Eye hath not seen, nor ear heard, neither have entered into the heart of man, the things which God hath prepared for them that love him. But [NOW after the Cross] God hath revealed them unto us by his Spirit: for the Spirit searcheth all things, yea, the deep things of God.

1 Corinthians 2:9, is a quote from Isaiah 64:4. That was ONCE true, that eye had not seen, but Now after the Cross, God hath revealed these things unto the Apostles by his Spirit (1 Corinthians 2:10). Again, it is not that Isaiah 64:4 was not true, it was very much true, at the time it was written and to the people that it was written to. Now after the Cross, these mysteries have been revealed, as our union with God himself through the Finished Work of Jesus.

Back to my original point, has God indeed limited himself by covenant and his testimony of Scripture? A perfect example of what I mean is the account of the Flood as found in the book of Genesis Chapter 6 to Chapter 9. We know the story that God, seeing the wickedness of men, set out to destroy the Earth’s inhabitants by flood, saving only Noah and his family. But what happens after the Flood is what I’m addressing.

Genesis 9:11 And I [God] will establish my covenant with you [Noah]; neither shall all flesh be cut off any more by the waters of a flood; neither shall there any more be a flood to destroy the earth.

What has just happened, is that by God’s own Words, recorded in the testimony of scripture, He has promised Noah, to never again destroy the earth by Flood. Can God destroy the earth by Flood? Well Yes, of course, that was demonstrated in the account previously presented, but because of the Covenant to Noah, a Flood will no longer destroy all men. There is nothing stopping God from Flooding the Planet Mars for instance, He has the Power to do it, but because of His Covenant, he will not do it to destroy men.

Here’s another example. We read the account of King Saul, 1 Samuel 16:14 But the Spirit of the LORD departed from Saul, and an evil spirit from the LORD troubled him.

But now, after the Cross, God has spoken a better promise that we have been sealed with the Holy Spirit (Ephesians 4:30), and his Spirit will never leave us nor forsake us, (Hebrews 13:5).

Can God remove his Spirit from people? Yes, clearly as he did it under the Old Covenant, before the Cross and before the New Covenant was ratified. Now, under the New Covenant, even though God can do it, he won’t. Why would God limit his ability by his Covenants? So that we can be sure of his heart, and how He will relate to us. That’s the only way we can know an infinite being and what He is really like. We see the progressive revelation of God’s character through the Scriptures culminating in the revelation of Jesus Christ as God’s ultimate expression of Himself.

I say all of this so that we can be assured of the Power of the Covenants, and God’s Testimony of Scripture towards us. When reading the Bible, always look out for those places where God says, “I will” do something, because in those verses, His Word has been revealed and superseded His ability, and become the standard of his character, so we can know Him by that character rather than by His ability.

God has the ability to do anything, but his character, who He is, is expressed in the limitations he puts on his abilities through His covenants, His spoken testimony, and ultimately through Jesus Christ , the Living Word. That’s how we come to know God in the Scriptures, through the revealed desires of His heart every time he made a promise. It is why the Psalmist can write, that God has exalted His Word, above all His Name. Everything that God is and can do as reflected by the Names of God, are subject to the words He spoke and ultimately through Jesus Christ.

Psalms 138:2 I will worship toward thy holy temple, and praise thy name for thy loving kindness and for thy truth: for thou hast magnified thy word above all thy name.

Dan Molher talking about How to read your Bible.