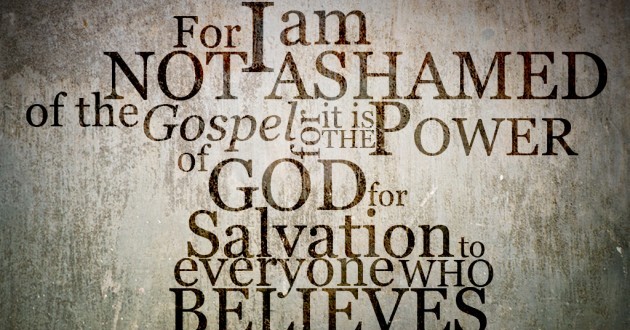 Hebrews 10:1 – 2  For the law having a shadow of good things to come, and not the very image of the things, can never with those sacrifices which they offered year by year continually make the comers thereunto perfect. For then would they not have ceased to be offered? because that the worshippers once purged should have had no more conscience of sins.

Jesus Christ was the fulfillment of the one offering for sin, that made the worshippers perfect. Since The Finished work of Christ, we have no more offerings for sin, as His Blood was good for all time and was done once for all (Hebrews 10:10). So if the offerings have stopped, what does the verse say about the worshippers? Does it not say that we should have no more conscience of sins? Yes it does.

If you understand what Jesus has done, your awareness and conscientiousness of sin, actually starts to fade away. It is part of the undoing of Adam, the removal of the knowledge of Good and Evil, from the lives of believers, as the blood of Jesus cleanses our minds from the evil conscience that came from Satan’s deception and Adam’s fall (Hebrews 10:22). We live now, from the tree of Life, that is Faith in what Jesus has done and by the power of His Spirit in us.

I had a very practical encounter with this recently on a taxi ride to collect my car from servicing at the dealership. I was sitting in front seat of the fully-loaded vehicle, and I was just basking in the revelation of the God’s inclusion of all humanity into the finished work of Jesus. Then lo, from the back seat, a couple started barking at the driver to change the music that was playing. Up to this point, I was most oblivious to the music, but when they opened their mouth about devils and evil, I took notice.

Now I knew the song that was playing but until these Christians started speaking I had no idea it was playing. The couple continued talking at the driver about sin, judgement and all manner of church terms to explain how wrong the man was. The conversation continued until the couple demanded to be dropped off and after some colourful metaphors were exchanged, they were dropped off and immediately walked off fuming. The driver then turned to me and explained how much he hated Christians, and went on for a few minutes ranting to the two of us that remained in the car. The guy that remained in the back was encouraging his rant and being in agreement.

After I let him speak and vent to me for a bit, I expressed that I too was a believer, and he almost pulled the car over as if he was ready to drop me off like the other two. Then something amazing happened: I spoke to him about the reconciliation of God through Christ. I told him how because of Jesus all of his sins were forgiven, and he was accepted and adopted without him even knowing it. Ultimately I spoke about God’s unconditional love and our justification by His Blood. Soon the driver started crying, and started speaking about why he’d been angry at God for the death of his daughter, that church people said that it was God’s Will for her to die. The entire atmosphere changed simply by agreeing with the Holy Spirit that highlight Jesus.

We spoke for almost two hours, driving around picking up passengers and dropping them off, while he and I spoke. Even the guy in the back of the vehicle unwittingly had missed his stop but could not believe the Gospel was so good and refused to leave the taxi until he heard more. Some new passengers came and went, some would start crying just as they got into the car. One lady actually left her walking stick in the taxi as she left unknowingly being healed from just listening to the Gospel message.

As new covenant believers, our hearts are circumcised to be like Christ’s. Jesus is not counting men’s sins against them, and neither should we (Hebrews 8:12.) The Gospel is not a message about what we do wrong, its a Message about what Jesus did right, and the power of the Finished work that healed, delivered and transformed all men. Now we have been commissioned, like Paul (Acts 26:18), to report the Good News to the world, by opening their eyes from the Darkness and Ignorance to the Glorious life of the Gospel that men can enjoy the benefits what Christ has done.

Isaiah 29:20  For the terrible one is brought to nought, and the scorner is consumed, and all that watch for iniquity [sin] are cut off:  That make a man an offender for a word, and lay a snare for him that reproveth in the gate, and turn aside the just for a thing of nought.