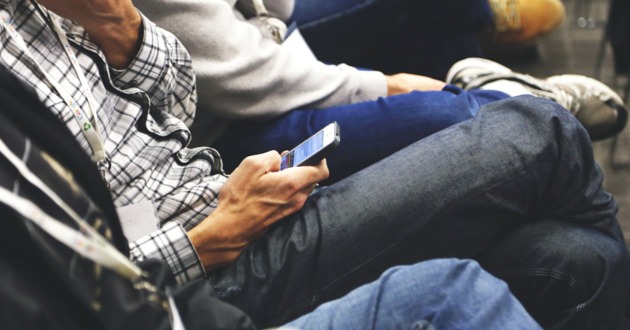 Finished Work Preachers, are sometime called Radical Grace preachers. The reason the message of the cross is considered radical is because it is completely contrary to the wisdom of this world, and opposed to it. The Gospel is an entirely new way of thinking and understanding of the world in which we live.

In the World, we are taught that we must do something to get something. The Gospel says, we already have everything. The world offers steps, formulas and procedures, the Gospel puts an end to all of that and says trust that Jesus has done it all. The World says work hard to get what you want, the Gospel says just ask for it. Over and over, the world’s system is seen as contrary to the Kingdom of God’s way of doing things.

This is the backdrop that we encounter in the book of James.  James is talking to believers who are causing conflict in the body of believers, jostling for position and gain, by worldly methods and strife.  These people are double minded in their faith towards God, and as such he calls them Adulterers to Christ, for they trust in their ability in conjunction with their faith in Christ. James has this to say to those who trust Christ but go on to try and achieve gain and position by their own works (James 4:1-10);

What is causing the quarrels and fights among you? Don’t they come from the evil desires at war within you? You want what you don’t have, so you scheme and kill to get it. You are jealous of what others have, but you can’t get it, so you fight and wage war to take it away from them. Yet you don’t have what you want because you don’t ask God for it. And even when you ask, you don’t get it because your motives are all wrong—you want only what will give you pleasure.

You adulterers! Don’t you realize that friendship with the world makes you an enemy of God? I say it again: If you want to be a friend of the world, you make yourself an enemy of God. What do you think the Scriptures mean when they say that the spirit God has placed within us is filled with envy? But he gives us even more grace to stand against such evil desires. As the Scriptures say, “God opposes the proud but favors the humble.”

James is telling us not to do like the world, and go after position and gain by self effort, steps or formulas, but rather stay faithful to Christ and ask for the things we want (James 4:2), because the Spirit is jealous for us (James 4:5). Am I saying we are not to do anything? No of course not, but let whatever we do be birthed out of our Identity in Christ and his Grace working in us, rather than goal setting and human will-power.>

Many have taken this verse out of context to insist that the “friendship with the world” is about not being friends with unbelievers, of course that is not what this verse is saying. Jesus Christ is the express image of the Father and he made friends with unbelievers, others say it means we are not to look like the world. If that was the meaning, James is writing contrary to the life of Christ as he both made friends with sinners and he was always accused of being a sinner by the religious (John 9:24).

Rather, these verses are talking about being double-minded [Adulterers] in our relationship with Christ and using worldly methods and systems to get what we want for our own pleasure, rather than trusting Christ and letting our ideas and actions be birthed by the Spirit because of our Union in Christ.  It is birthed in unbelief that God will truly provide the things we ask, so we try to help the Promise by our efforts.  James writes saying that we should humble ourselves, and God will give us the position in due time (verse 10).  Who are the proud that God Resist?  They are those who say, “I Will.”  Who are the Humble that Get God’s Grace? Them that say, “I Am, because Jesus Did.”

My Friend Phil Drysdale talking about Avoiding the Appearance of Evil.

2 thoughts on “By His Blood – Friendship with the World?”