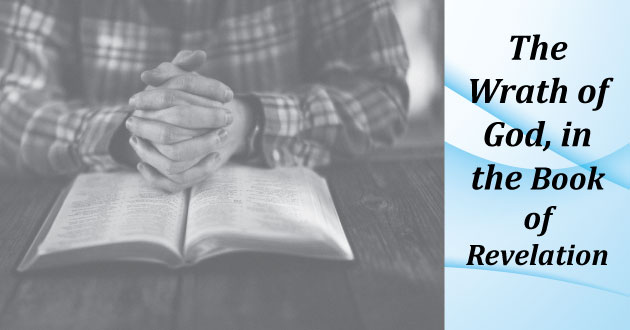 Revelation 15:3  And they sing the song of Moses the servant of God, and the song of the Lamb, saying, Great and marvellous are thy works, Lord God Almighty; just and true are thy ways, thou King of saints.

In my last article we examined the Wrath of God, as explained by Peter, Paul and in the Book of Hebrews. Each of them used the Apocalyptic Language to describe God’s coming judgement. But in context, we see that there is a particular connection with the Wrath of God, as prophesied in the Book of Deuteronomy 32, and the nation of Israel. The language of destruction and fire, is seen to be inline with national judgement.

While many believe these New Testament verses are talking about the Eternal punishment of hell for those who reject Christ, I believe the context of these verses referring to that coming day (Hebrew 10:25), is more specifically in line with the coming judgement upon the Nation of Israel. There are most definitely consequences to rejecting Christ as expressed elsewhere in the Scriptures, but that is not the context of these verses.

For instance, when reading the Book of Revelation, notice Jesus’s use of the phrase “synagogue of Satan.” As the earliest enemies to the church were the Judiazers, who sought to have the Gentiles adopt circumcision and the law of Moses, they were the only ones who had Synagogues. Jewish Synagogues (Gentiles do not have synagogues) were mentioned in Revelations 2:9 and 3:9. Further there is a reference to Jezebel, a Jewish Queen, to whom the Gentiles would not have been familiar. Most telling of all, is that in Revelations 15:3, we see mention of “The Song of Moses,”  the name of the very chapter of Deuteronomy 32 from which all Wrath was prophesied from, marking the end of the Mosaic Covenant. Gentiles didn’t sing the song of Moses, as they were never included in that Covenant.

Further, It may be of interest to note that the Vials of Wrath poured out in Chapter 16, upon those who have shed the blood of saints and prophets (verse 6) are a parallel of the the plagues of Egypt, suggesting these are National judgement. We can also discern which city is identified as spiritual Egypt and Sodom in the context of Revelations 11:8, where the Lord was crucified, Jerusalem. Again this imagery is used to describe Israel in it’s last day, as mentioned in Deuteronomy 32:32  For their vine is of the vine of Sodom, and of the fields of Gomorrah: their grapes are grapes of gall, their clusters are bitter:

From that same passage in Revelations 11:8, we learn that this place is known as “the great city,” is later used to describe the city which is the recipient of the wrath of God described in Revelation 16:19  And the great city was divided into three parts, and the cities of the nations fell: and great Babylon came in remembrance before God, to give unto her the cup of the wine of the fierceness of his wrath.  Again the most likely candidate is Jerusalem, where the Lord was crucified (Revelations 11:8).

I believe in it’s context, from Deuteronomy 32 to the Book of Revelations, there is a clear image painted of the Wrath of God being connected with the Law of Moses and the disobedience of the children of Israel. While this notion does not explain some of the events that took place  before the Law was introduced, such as the flood of Noah or Sodom and Gomorrah, there is ample evidence to suggest that wrath is seen to centered around the Mosaic Covenant.

The Wrath of God has been used out of context for much time, as a means to scare people into religious compliance in this life. Unfortunately, for the modern day Pharisee, God’s wrath is not part of the New Covenant. For the New Covenant is about trusting in the Christ in us to bring forth the promises of the fruit of the Spirit. For those of us in the New Covenant, we have no fear of the Wrath of God, as we know that our Judgement happened at the Cross. When we appear before the Judgement seat of Christ, it is to behold the wonders of our high priest actually sitting down. The fact that he is sitting means, there is no more work to be done on our behalf concerning judgement and sin, and behold, we are seated with him also.

Jonathan Welton, teaching a 2 hour class about the Wrath of God.