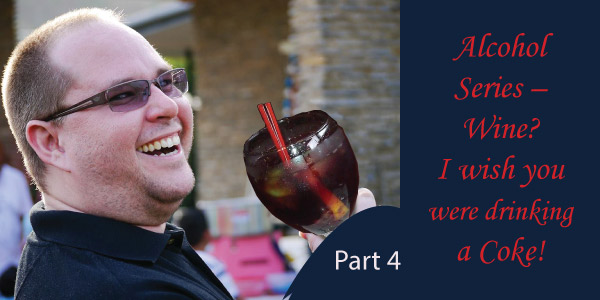 Proverbs 31:4-5  It is not for kings, O Lemuel, it is not for kings to drink wine; nor for princes strong drink:  Lest they drink, and forget the law, and pervert the judgment of any of the afflicted.

One of the many verses the modern day Pharisee uses to  justify their Gnostic Heresy, is the one above. They claim that wine is not for kings, but instead for the poor and dying (Proverbs 31:6). But what the modern day Pharisees fail to realize is the context of the verse about; it is talking about kings being drunk at the times they judge matters and decrees laws, as seen by the use of the phrase “forget the law and pervert the judgement of any of the afflicted. (verse 5).”

It would be the equivalent of saying to a Judge in a court of Law, it is not wise to preside over a court matter when you’re intoxicated. This verse in no way speaks to the abstinence-only camp, but instead actually advocates the responsible drinking that is taught in the New Testament, by Jesus and the Apostle Paul.

Another claim that the Pharisee loves to say, is that human beings needed much less alcohol to get drunk than they do today, and hence the wine and strong drink were much weaker in alcohol content that we have today. Unfortunately, there is no evidence to support that. Human physiology has not changed in any major capacity from biblical recordings, but it was given that in the ancient world, clean water wasn’t easy to come by, so alcohol was regularly mixed with water to make it safe for drinking.

With that said, people most likely had a higher tolerance for alcohol than we do now, and the reverse is probably true, where they would need stronger beverages to get drunk. History would show that alcohol consumption prior to the rise of the temperance movement in the United States, was much higher than it is today, and that would suggest higher tolerances, not lower.

Proverbs 20:1  Wine is a mocker, strong drink is raging: and whosoever is deceived thereby is not wise.

Another wonderful verse taken out of context by the modern day Pharisee. The last time I checked, wine was incapable of mocking anyone, nor was strong drink in and of itself able to rage at anything. And I don’t know anyone who has ever been deceived by a bottle containing mocking and raging wine or strong drink.

To the modern day Pharisee, drinking is only done for the sole purpose of getting drunk. There is no consideration for responsible social drinking for fellowship with friends and family, relaxation, celebration, weddings, or other non-drunk inducing occasions as was done by the Apostles and the early Church. Those who advocate as such, do little more than expose their own insecurity. If a person choose to abstain from alcohol, or a person chooses to drink responsibly, neither of them add any spirituality to their lives, nor affect their union with Jesus Christ. It is when one group claims to be “real” or “true” Christians over the issue of not drinking as opposed to drinking, they have stepped into the Gnostic Heresy.

For those who may be struggling with alcoholism, i’ll put a final note on the subject. If the knowledge of the truth is what sets us free, then what is it that has in bondage? The simple answer is lies. While I struggled with addictions for years, and by no means try to trivialize the experience, it is not the change of behavior that will bring about lasting change, but rather the knowledge of the Truth. The moment I realized that I was dead to sin, addiction lost all power. It is not the alcohol that has power, it is our faith that alcohol has power over us that is empowering the addiction. I highly recommend Steve McVey & Mike Quarles’ excellent Grace-based Book, “Helping Others Overcome Addiction.”