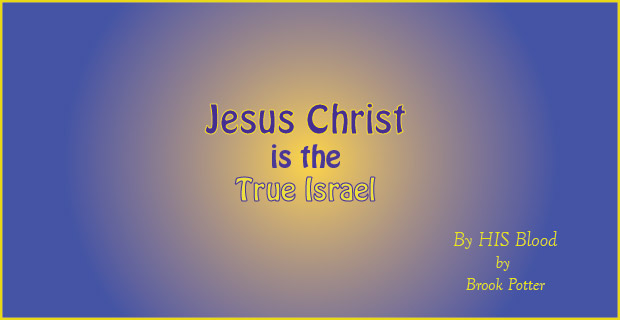 “God particularizes salvation, first in Israel and finally in Jesus, precisely in order to universalize it. He cuts out everybody, just so he can eventually draw in all. He excludes, but only to catholicize (Include all),” — Robert Capon

The Bible records the account of only two men who in effect, represented all humanity. Firstly, the man Adam, who by his disobedience, threw all of creation into chaos, and introduced sin to the human nature. Secondly, we have Jesus Christ, the last Adam, who God used as our representative, to include all of humanity in his life, ministry, death, resurrection and ascension, to undo the work of Adam. Both Adam and Jesus had choices for all humanity; the rest of us, can agree or disagree with their respective choices to our individual experience.

From the time of the fall, we see God’s plan to redeem humanity go into effect with a narrowing down of God’s chosen people to bring about his salvation. Firstly, through Noah and his family, God selected those who survived the Flood to reconstitute the human population of the Earth. Later, Abraham was chosen from among the Gentiles, then Issac was chosen over Ishmael. Jacob was then chosen over Esau. From the line of Jacob, God chose his offspring, the Israelites, to bring light to the world (Gen. 12:1-3).

Again, God narrowed the field even closer, that salvation would come through Judah (Genesis 49:10), from the line of David (Isaiah 9:7), born from the children of Bethlehem (Micah 5:2) All of this, pointing to the Vicarious Man, that would be the One True Israelite, and the one through whom, humanity would be saved, Jesus Christ. All of the elections, and narrowing, has been leading up to Him, the last Adam, who would represent the true Israel, and ultimately all humanity. Jesus Christ is the chosen one, He is the Elect of God, empowered to choose on behalf of all humanity. Jesus Christ alone would be the ultimate vessel of honor as well as the vessel of wrath (Romans 9:1-11:36).

Like natural Israel, Jesus Christ was sent to Egypt as a child in parallel to their slavery account under Pharaoh (Matthew. 2:15). Then, like Israel, he was brought back through the waters in his baptism by John (Matthew. 3:13-17). He was then lead into the desert for temptation for 40 days, symbolic of the 40 Year Wilderness of the Nation of Israel (Matthew. 4:1-11). And then God gave the law through him as recorded on the Sermon on the Mount to the Jews (Matthew 5:1-7:29). At his death came the fulfillment of the Law and the prophets, declaring their completion and ushering in the New Covenant by His Blood.

Over and over in throughout Matthew’s account, he parallels with Old Testament scriptures, as he makes the case for Jesus Christ as the One True Israel.

For instance, the account in; Matthew 2:14 -15 When he arose, he took the young child and his mother by night, and departed into Egypt: And was there until the death of Herod: that it might be fulfilled which was spoken of the Lord by the prophet, saying, Out of Egypt have I called my son.

We read the meanings through out the Old testament of who God is really calling out of Egypt;

Hosea 11:1  When Israel was a child, then I loved him, and called my son out of Egypt.

Exodus 4:22  And thou shalt say unto Pharaoh, Thus saith the LORD, Israel is my son, even my firstborn:

One of the best examples to illustrate this, is the Messianic Prophesy found in Isaiah 49:3-6, where a conversation occurs between Jesus (O Israel) and God, concerning his labour to restore Israel to the Father, and how the Father plans to use His labour to bring salvation to the Gentiles. (with My Emphasis added).

Isaiah 49:3 -6  And (God) said unto me (Jesus), Thou art my servant, O Israel, in whom I will be glorified. Then I (Jesus) said, I have laboured in vain, I have spent my strength for nought, and in vain: yet surely my judgment is with the LORD, and my work with my God. And now, saith the LORD that formed me from the womb to be his servant, to bring Jacob again to him, Though (natural) Israel be not gathered, yet shall I be glorious in the eyes of the LORD, and my God shall be my strength. And he (God) said, It is a light thing that thou shouldest be my servant to raise up the tribes of Jacob, and to restore the preserved of Israel: I will also give thee for a light to the Gentiles, that thou mayest be my salvation unto the end of the earth.

This was always God’s Plan to save humanity by way of Israel. God gave all men over to disobedience (Romans 3:23 ), and concluded all humanity in unbelief, that He can include all humanity into Christ, and have mercy on all (Romans 11:32). There is no more Jew or Gentiles, but instead we are one new race of humanity, that experiences this newness by faith (Ephesians 2:15). We have become His Body, and all believers share in his identity, and have become the Israel of God (Galatians 6:16). The Church has not replaced natural Israel, rather it is Jesus Christ that has replaced natural Israel, and both natural Jews and Gentiles are all God’s Chosen People, and live victoriously by faith in what he has done for us all.