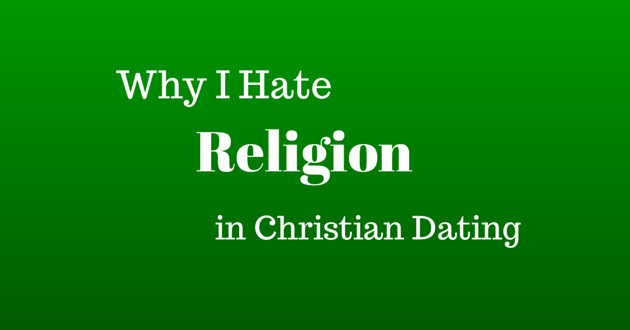 “Jesus Christ loved his Body so much he took it Home!” – Brook Potter

Let me first remind everyone, I’m not married. So even though this article may have marital implications, I think it best to let people know, that I’m not necessarily talking from personal marriage experience. While I’m not married, I do have a good idea about Gnosticism, and it’s surprising revival among Christians, especially when it comes to dating and relationships.

Gnosticism has many forms, but what i’m talking about is the idea that the unseen spiritual world is good, and that we should try to escape the physical world which is evil. This has created a huge imbalance on how we judge our relationships, especially in a romantic sense.

Firstly, if you watch any of the “Suggested Absolute Truths” when it comes to Christian Dating, there is a huge emphasis on religious practice. A good spouse must be a person of prayer, and given to much fasting. They must show commitment to daily scripture reading. Not to mention, “grounded” in a particular church and all the jazz. The problem is, all the spiritual discipline in the world, in no way, is a good reflection of a person’s attitude when it comes to relationships.

The Pharisee in the days of Jesus, had strict religious discipline. They had so much religious discipline that they couldn’t recognize their Messiah, they saw his love towards people as sinful and ultimately they showed murderous intent to kill him. Even when Jesus did good things, such as healing the man with the withered arm on Sabbath (Mark 3:1-6), it was more important to them that he kept the Sabbath, so much so that they sought how to destroy him (Mark 3:6).

Now while that is a dramatic example, the attitude is the same among Christian young people, who adhere to spiritual disciplines over the person, so much so that they destroy the chances of being with great people, just because they do not adhere to their particular Christian culture-induced form of Sabbath-keeping.

Jesus has much to say about this, and the best example is found in the parable of the Good Samaritan (Luke 10:30-37). The Samaritan fell into trouble on his way to Jericho, and was stripped, wounded and left nearly dead. First a certain priest saw him and passed on the other side of the road (verse 31), followed by a Levite (verse 32) who also passed on the other side. Finally, a certain Samaritan was the one who had compassion, took him to an inn, cared for his wounds, all at his personal expense.

What we often forget in this Parable, is that both priests did what was lawful for them according to Scripture. They were not supposed to touch anything unclean (Leviticus 5:3), and a man beaten, stripped and left for dead, is definitely unclean. But Jesus did not commend them for their strict adherence to Scripture, instead he told the audience listening to learn what the parable meant and go do likewise with other people (Mark 10:37).

In the same way, if our qualifying criteria for relationships and marriage is over weighted to our view of scriptural adherence, then we are in danger of being like a Pharisee, and can very much be blinded to what God is doing in our lives. We would be better served if we started with, like the Good Samaritan, seeing the other person and having compassion in our hearts to their character, more so than qualifying by religious obedience.

See Also:  Christians do not divorce over doctrine!  and  Wife-hunting with friends