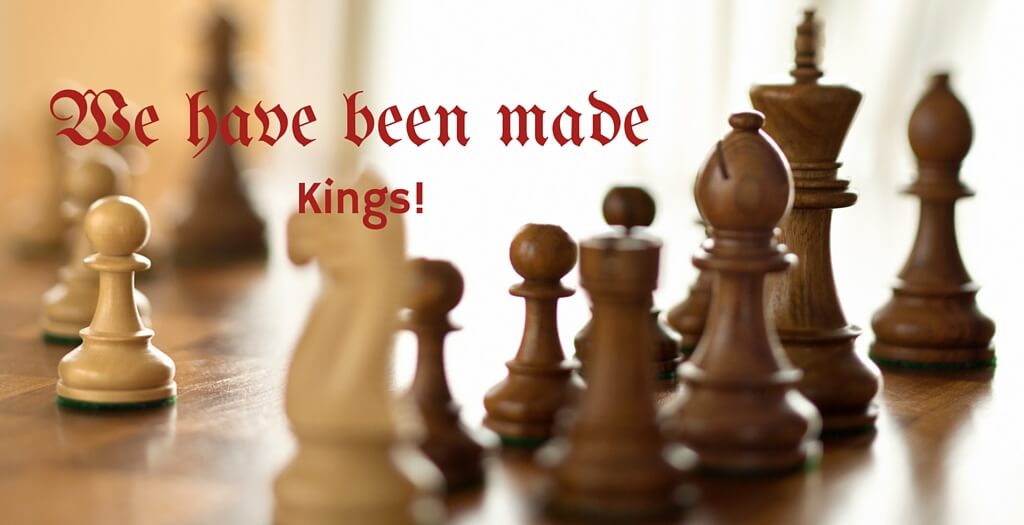 “The church has failed to operate in the office of the King.” – William Lau, the Elijah Challenge.

There are three roles which believers can operate through during their walk with the Lord on the Earth. Firstly, there is the role of a Priest (1 Peter 2:9), where we offer prayers and worship unto the Lord, either for ourselves or on behalf of others. The Priestly office is directed towards God.

The second role believers can operate in, is in the Prophetic. I’m not talking about the office of Prophet, but rather the role of serving others from the Scriptures and the Word of God. The Prophetic role is directed at our fellow man, where we offer inspired words of encouragement and edification to each other. It is the expression of God through us, towards others.

The final role believers can operate in, is in the role of Kings (Revelation 5:10). In this role, the believer is acting in God’s stead, with dominion and authority, and it is directed at the earth, sickness and devils. It is in our capacity as Kings, that we can destroy the works of the enemy. Many believers are excellent in their prayers, others in their prophetic service to others, but not many know how to operate as Kings.

Whatever a King says, is established. This is the confidence we must have in our right standing with God because of the Finished Work. Unlike the dominion of Adam that extended to the ends of the earth (Genesis 1:28), our inheritance in Christ gives us authority over all the power of the enemy. As new Covenant believers, we should learn our roles and learn to operate in each effectively. We should each have our unique communion with God, service to men, and be about destroying the works of the enemy.

1 thought on “By His Blood – We have been made Kings”