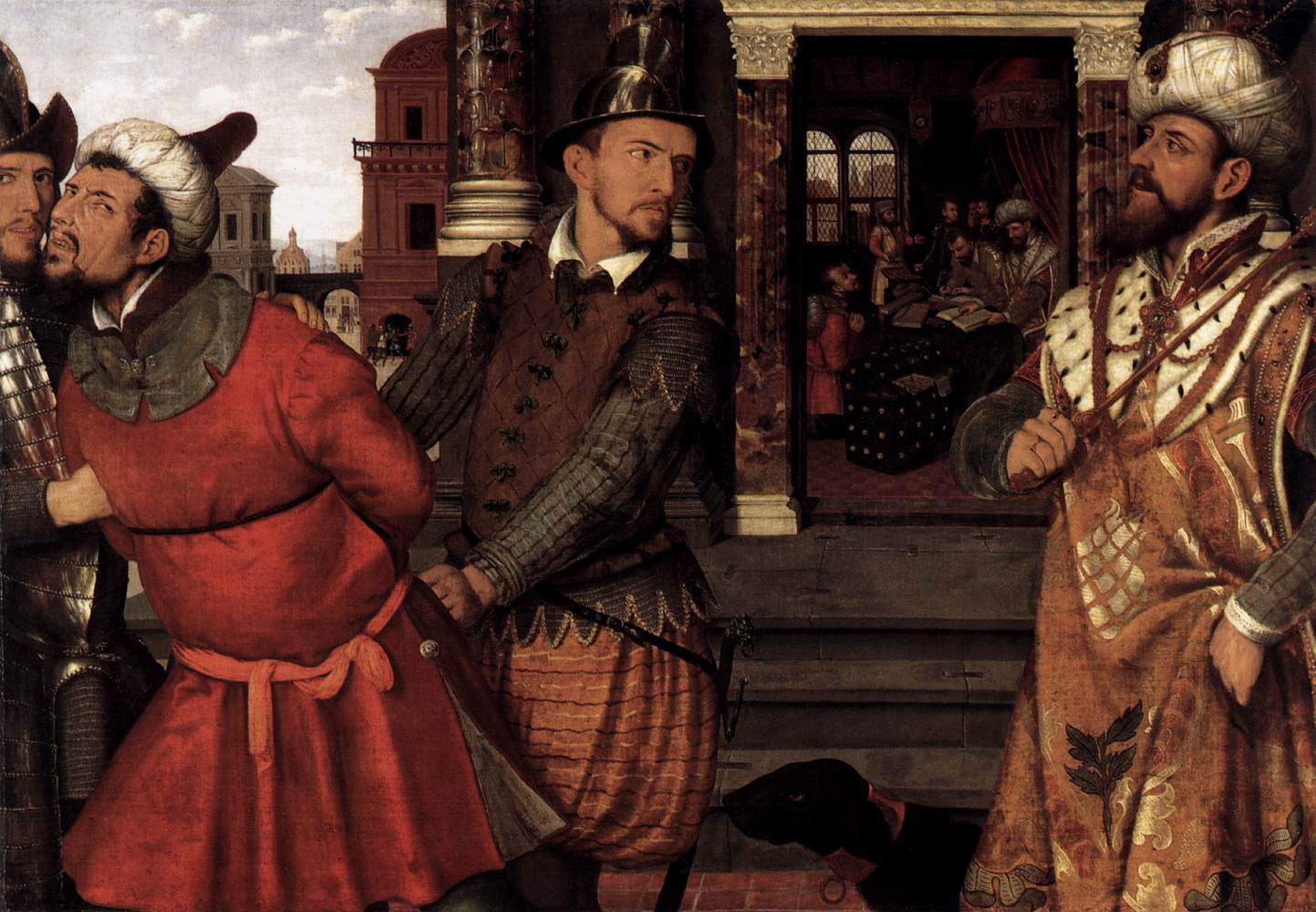 John 1:29 – The next day John seeth Jesus coming unto him, and saith, Behold the Lamb of God, which taketh away the sin of the world.

Jesus often used parables in his ministry to explain aspects of the Kingdom of Heaven.  Some parables were such that men could understand a realm that they could not see.  Others where hidden gems of the age to come in the New Covenant, that many did not understand until after his death.  One such parable is the story of the Unfaithful Servant that is called to give account before a King, and is found unable to pay a huge debt and the King commands the servant and his family to be sold to square up the account.

The Servant then worshiped before the King and begs for more time to pay what he owed.  The King then gave him what he did not ask for, forgiveness of the debt.  Later in the story, that Servant then goes off and finds a fellow servant who owes him money and demands that servant to pay all, and is unmerciful in the face of his debts, while yet the King had forgiven him so much. The story ends with the King inflicting justice upon the unfaithful servant and throws him in prison until he pays all that he owes. (Matthew 18:21-35)

Many have come and asked me about how does this parable reconcile with the truth of the New Covenant, such as the total forgiveness of Sins and Justification by his Blood. The fact is, this parable cannot be reconciled to the New Covenant unless we force it to, by ignoring the finished work of Jesus Christ. This is clearly an old Covenant parable, meant for the Jews under the Law, talking about Israel’s relationship to God and their failure to live up to their side of the Covenant.

Just because a passage of scripture says it’s talking about the Kingdom of Heaven, or the Kingdom of God, does not automatically make the passage a new covenant reference.  The Kingdom of heaven, is fixed, but you will get a different reaction from the Kingdom, depending on which covenant you try to access it with.

The Jews were the only people who had a Covenant and had the blessings up to this point, from which God could call them to account.  The rest of humanity was in darkness, and God could demand nothing from them, as he had not esteemed the gentile world with anything for which they have to account.  It is the Law that, was given to the Jews, that demands, not Grace.  If you ever hear the phrase “Grace demands,” it’s an oxymoron, and it’s pretty safe to say the speaker is confused about the nature of Grace.

Further, in the New Covenant, we are not servants and slaves, we are Kings and Priests. (Revelation 5:10) We are on the King side of this equation in the New Covenant. We are Sons, and Co-Labourers.  Most importantly, Jesus paid or debt in full, twice over. (Isaiah 40:2) Technically, we are in credit. There is no more debt to speak of, Jesus Christ paid it all. (Hebrews 10:10) Even if we were to be called to account, we would be free and clear, based on what Jesus has satisfied the Law for us, and every demand is fulfilled in Him.

After the Cross, where we were forgiven of all sins, past present and future once and for all, by his blood. while still dead in our sins. (Colossians 2:13) By His Blood we have been justified, and there is no longer any record of our wrong. And most importantly, God will remember our sins no more (Hebrews 8:12). With the amazing truths of the New Covenant, this parable clearly finds its meaning before the cross to the Jews under the Law, and not for Believers in His Finished work.

Joseph Prince, talking about the the Law Demands, and Grace Supplies.