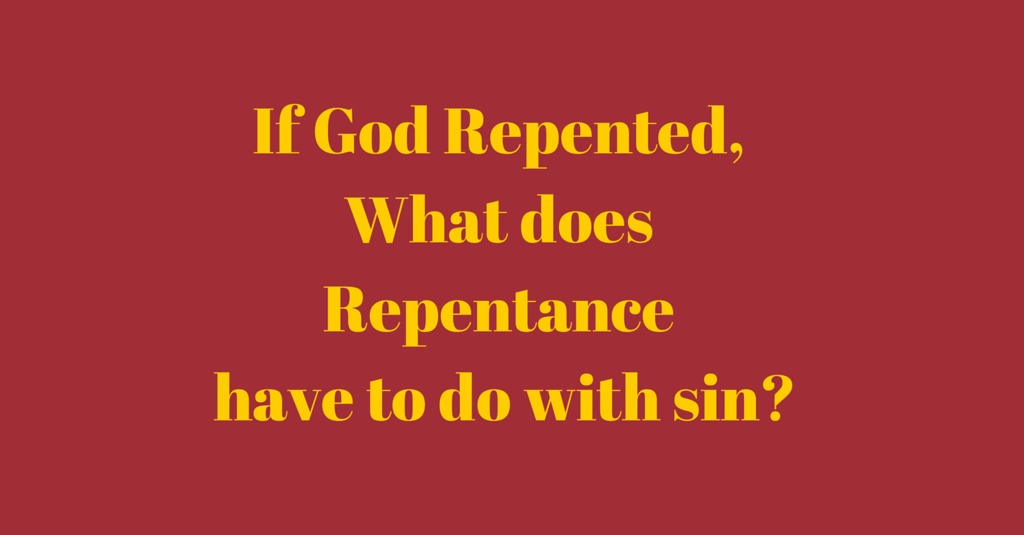 Exodus 32:14 And the LORD repented of the evil which he thought to do unto his people

The highest expression of any action is found when God performs it. So when I read that God repented, I realized then and there that repentance really does not have anything to do with sin. As God has no sin to repent of, yet he performed repentance throughout the scriptures. Therein lies the meaning of repentance found through his expression.

When we look at the ministry of Jesus, and his use of the word repentance, it was never used in connection to sin. Rather, Jesus always used it in relation to the Jews’ carnal thinking and being so sin-conscientious that they wouldn’t recognize the Kingdom or Himself to be the long-awaited messiah. The Jews expected their messiah and the Kingdom in their own way, and Jesus was telling them to change their mind, and recognize Him as the  Messiah.

He was always trying to get them to change from their carnal thinking which was drawing on the knowledge of good and evil. As long as they were fixated on that, they would never draw from the tree of life, to be saved.

The Greek word used for repentance, is the word “metanoia” (Strongs 3341), which literally translates as a change of mind.

It is a change of mind that is required for us to be saved today. Before we knew Christ, we each had an image of what God was like and what His requirements were to be saved, but as the Gospel of Grace was preached unto us, we changed our minds about the character of God and who Jesus is. We repented from our carnal, natural way of thinking, and changed our mind to accept the spiritual realities of God. As we changed our minds, and expressed faith in what God had done, we were saved.