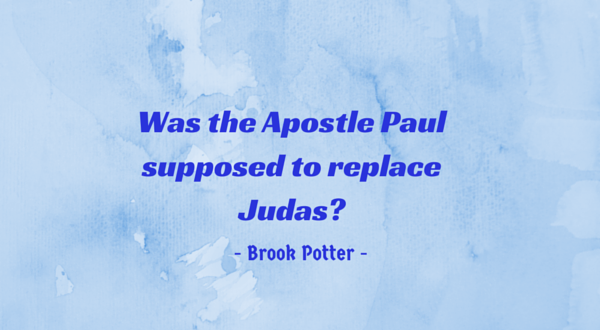 Daniel 9 foretold the ministry of the Messiah. It said that his ministry was supposed to confirm the covenant, for one week. This was interpreted to be 7 years.

Daniel 9:27 And he [Jesus Christ] shall confirm the covenant with many for one week. In the midst of the week he will cause the sacrifice and the oblation to cease. And for the overspreading of abominations he shall make it desolate, even until the consummation. And that determined shall be poured upon the desolate.

However, in the middle of the week he would be cut off.

Now, the obvious question for the students of the scripture would be, how can the Messiah confirm a covenant for 7 years, when his entire ministry only lasted half that time, for 3 and half years?

This brings us into the Great Commission. The disciples of Jesus Christ, after the resurrection, continued to preach Jesus Christ to the nation of Israel for another 3 and half years exclusively. Thus they fulfilled the prophecy of Daniel 9.

The ministry to the Jews, first and exclusively, ended at the stoning of Stephen, in Acts 7.

And finally, Peter goes to preach at the house of Cornelius, the first Gentiles to receive the good news.

Was Matthais a mistake?

Now, given the great works that the Apostle Paul later did, including writing two thirds of the New Testament, many have called into question if the original eleven made a mistake in appointing Judas Iscariot’s replacement: Matthais.

Some believe that Paul was God’s pick to replace Judas Iscariot, given the tremendous revelations and work Paul later went on to do for the Church.

While I’m sympathetic to the reasoning, I don’t think the Apostle Paul was a viable candidate at the time of the appointment.

Firstly, let’s look at Jesus’ instructions to his disciples in the Book of Matthew as part of the “Great Commission.”

Matthew 28:16-20 But the eleven disciples proceeded to Galilee, to the mountain which Jesus had designated. When they saw Him, they worshiped Him; but some were doubtful. And Jesus came up and spoke to them, saying, “All authority has been given to Me in heaven and on earth. Go therefore and make disciples of all the nations, baptizing them in the name of the Father and the Son and the Holy Spirit, teaching them to observe all that I commanded you; and lo, I am with you always, even to the end of the age.”

Firstly, Jesus’ instruction to the eleven was to teach all the things they had observed and what Jesus had commanded.

Only someone who had been with the disciples very early, and had been witness to all that Jesus had done and commanded, would to be able to share his teachings with others. The Apostle Paul, from what we know, was not an early follower of Jesus Christ.

Again, look at the words of Jesus the second time he commissions the eleven in the Book of Acts.

Acts 1:8 But you shall receive power, after that the Holy Ghost is come upon you. And you shall be witnesses unto me both in Jerusalem, and in all Judaea, and in Samaria, and unto the uttermost part of the earth.

The kingdom of Israel

The Great Commission was for the 12 to go throughout the nations of Israel and Judah and share all that Jesus had commanded, as “witnesses.”

The Apostle Paul was not a witness of the events of the life, teachings, or the resurrection of Jesus Christ. He is not a viable candidate to be a witness.

Lastly, let’s examine the criteria laid out for the appointment of Judas Iscariot’s replacement, as described by the Apostle Peter.

Acts 1:20-22 It is written in the book of Psalms, Let his habitation be desolate, and let no man dwell therein. And “May another take his place of leadership.” Wherefore of these men which have accompanied with us all the time that the Lord Jesus went in and out among us, beginning from the baptism of John, unto that same day that he was taken up from us, must one be ordained to be a witness with us of his resurrection.

The candidate had to meet all of these requirements. That is, from the time of the baptism of John unto the resurrection of Jesus, the person had to be a witness to all these events. And also, they had to have spent time among them.

At the time, the Pharisee Saul was not a viable candidate to be a witness to the nation of Israel of all that Jesus Christ had done. As we learn later, he was very opposed to the teaching of Jesus and his disciples.

The only two people who seem to match the requirements were Joseph and Matthias. And they eventually casted lots for Matthias.

Now if they made a mistake of appointing the wrong replacement, it could have only been between Joseph and Matthias, not between Matthias and Paul.

Paul’s calling was to an entirely different mission field, to be an apostle to the Gentiles.

That is not to say that Paul didn’t still evangelize to Jews. But his primary mission was the Gentiles. I