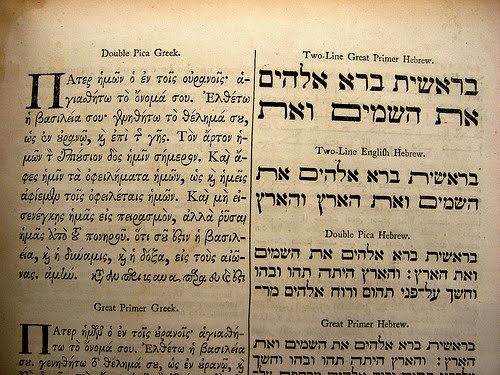 Acts 13:46  Then Paul and Barnabas waxed bold, and said, It was necessary that the word of God should first have been spoken to you: but seeing you put it from you, and judge yourselves unworthy of everlasting life, lo, we turn to the Gentiles.

In my previous post, about the dividing line in the Book of Acts, I explained that the stoning of Stephen, is a significant event in church history. Even though not everyone agrees with the dating from the text in Daniel 9, it is evident in the text that some significant events took place after from Acts 8 onwards.

Now, I hate to be the one to mess with people’s reading of the Bible, but it is evident from the text, that the preaching to the Gentiles did not occur until after the stoning of Stephen. Everything before Acts 8, is directed to Israel exclusively.

When the Holy Ghost fell at Pentecost, and each person heard them in their own tongue, we often think, that there were Jews and Gentiles around experiencing the event. But the entire event is prefaced with the verse, Acts 2:5  And there were dwelling at Jerusalem JEWS, devout men, out of every nation under heaven.

It is further emphasized that the audience to the Pentecost outpouring was Jewish, by Peter’s continual reference, to “Ye Men of Israel” (Acts 2:22, Acts 3:12). I don’t dismiss that their were Eunuchs and Proselytes there, but again, according to the text, and the Peter’s use of pointed language (Acts 3:14), it can be said that the these persons were also Jewish.

The Holy Spirit falls on the Gentiles

After the stoning of Stephen, we see the conversion of the Apostle Paul, Peter gets his vision concerning the Gentiles and goes to preach at Cornelius’ house, and the Holy Spirit falls on the Gentiles to the astonishment of the Jews (Acts 10:45.). I am not saying that the Jews were not ministered to after this event. Rather, all I’m saying is that from that point onwards, the Gospel was preached to both Jews and Gentiles, rather than just the Jews.

In our Western thinking, we don’t seem to realize that there were Jews who were born outside of Jerusalem. While today we may consider ourselves less prone to issues of race, it is clear from the text that race played a huge role in the early church, even within the Jewish nation. This brings me to the verse in question.

Acts 6:1  And in those days, when the number of the disciples was multiplied, there arose a murmuring of the Grecians against the Hebrews, because their widows were neglected in the daily ministration.

Upon first reading this verse, someone may be tempted to point out to me, “You see, there it is in the Bible, the Gentiles were included before the stoning of Stephen, and were part of the daily ministry.”

To any such person, my response would simply be, to examine the word that is used for the word Grecians, in the verse.

The word used for Grecian, is the Greek word “Hell?nist?s” (Strongs G1675) or Hellenist, which is used throughout the New Testament to refer to Jews born in a foreign land who spoke Greek.

In the passage, Luke is not referring to Gentiles, rather to the Jewish widows, born outside Jerusalem, who spoke Greek. It was this group that was apparently being neglected.

It is generally accepted in history, that the first Gentiles to be converted was the house of Cornelius at the preaching of Peter in Acts 10. It is important to remember that Peter had a vision concerning the Gentiles before he went to speak to the house of Cornelius, and what the Jews said, when the Holy Spirit fell on the Gentiles, is a good indication of if they had seen this happen before.

Acts 10:45  And they of the circumcision which believed were ASTONISHED, as many as came with Peter, because that on the Gentiles also was poured out the gift of the Holy Ghost.

Video: Acts of the Apostles: The Grecians – by Jeff Voegtlin