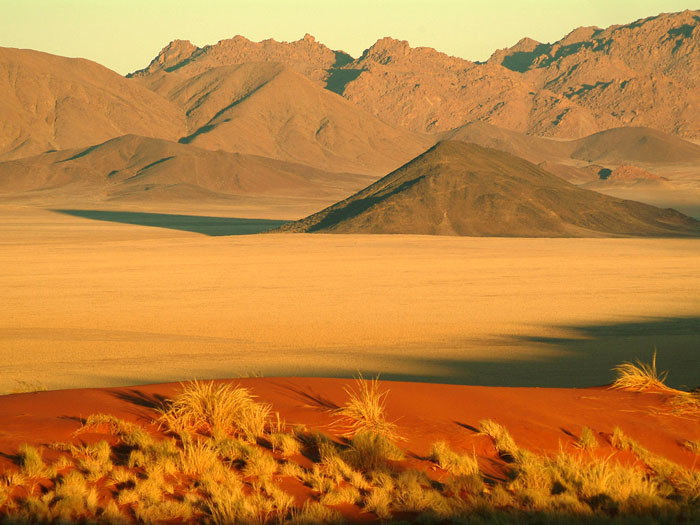 “Jesus has already overcome the wilderness, so that you can live in his Victory!” – Brook Potter

Imagine that your best friend one day decided that they loved you so much, they were going to crash your car, make you lose your job and possibly bring sickness and other hardships into your life, just to test you and the bonds of your friendship. Chances are, after your friend did those things to you, you probably wouldn’t ever get close to that person again.

Of course this is exactly what we teach about God when we preach wilderness theology. Wilderness teaching actually makes people draw away from God rather than towards Him, because of fear that at any moment He may decided to drag you though hardship to prove something to you. Human beings cannot be close to a person who could do that at any moment, far less for us to be close to a God we think does that. This side of the Cross, God does not deal with us according to our Works, but according to what Christ has done for us.

Now we must remember how Israel got sent into the Wilderness in the first place.  After receiving the Law of Moses from mount Sinai (Deuteronomy 20), they sent spys into the land to examine it.  And we know the story that the spies, all except Joshua and Caleb, came back with a bad report to scare the people away from entering in, then for their unbelief and murmuring, God said to Moses that they will wonder the wilderness one year for every day the spies were in the land, forty years.  God was ready for them to enter the land at the time, but they entered not in because of their unbelief (Hebrews 3:17-19).

Now fast forward to the 1 century, to the time of Jesus Christ. The Exodus and the wilderness account is one of the things that Jesus did to be identified himself with the Jews as, True Israel. In parallel to the Jewish history, Jesus Christ was called out from Egypt (Matthew 2:15), Was Baptized in the Same Jordan that the Israelite had to cross to enter the promised land, He then spent forty (40) days and nights in the Wilderness where he was tempted of the Devil (Matthew 4:2), where he came out triumphantly and he started declaring liberty and freedom to the oppressed, bringing them into the Promised Land of the Kingdom of God.

Later, Humanity was delivered from Spiritual Egypt by the Act of the Death of Christ (Revelation 11:8) when we were slaves to sin. Where humanity was delivered into a Spiritual Wilderness where we are no longer slaves, but rather are under the influence of darkness and ignorance. As each of us has an encounter with the Light of Christ, our eyes are opened and we are awakened to the glorious Gospel that reveals the Promised Land of Light. (Acts 26:18).

What difference did the cross make for us who live in the New Covenant?  Simply that God does not punishing us with a wilderness because of our murmuring and unbelief because all of our murmuring and unbelief was nailed to the Cross.  The penalty and the consequences of both have been extinguished in the death and burial of Jesus Christ.  Further, we do not have a role in this new Covenant, the New Covenant is between Jesus Christ and God the Father (Hebrews 6:18), which we participate in by trusting Jesus.  God never has, and never will put his expectation on us, instead he has put them solely and completely on his Son, Jesus Christ.

This side of the Cross, God is not in the business of testing and trying people. (James 1:13) God is in the same business He has been in for the last 2000 years; revealing Christ in humanity, to each of us and through us that believe. That all men everywhere can know Him and be saved. Further, God is not trying to change us, rather we have been Changed already by the Finished Work of Jesus Christ and God is trying desperately to get us to believe it.

The only wilderness that has power in your life, is the wilderness you have faith in. If you believe you are in a wilderness, Satan will accommodate your faith and bring dryness to your life. Any area of your life, that’s not under the influence of God’s Grace is a wilderness until faith arises in that area and you believe in what Christ has done for you.

Our goal as believers, is to renew our Minds, not to overcome wildernesses which Christ has already done. We now live in Christ’s Victory by faith.  God is not trying to point out our shortcomings, because he never put any of his expectations upon us, instead everything rests entirely with the performance of his Son Jesus Christ.