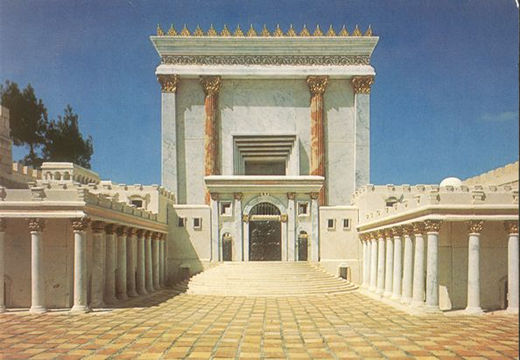 Not long ago, a world famous healing evangelist visited our nation and conducted a three day seminar on healing.  I paid top dollar for three tickets to attend his conference, and made arrangements with some of my brothers to car pool to the event with another person who wanted a ride.  Most everyone was excited, but I have to admit, I knew there was going to be nothing for me at this event. However, I did manage to get an excellent seat for the first night, where I was within spitting distance to much of the action, and it was very inspiring to see the crowds come out to hear about healing in a time when some still struggle with the idea that God still heals.

How I knew this event was going to be less than fruitful for me was very simply because the travelling evangelist in question has never been able to replicate his results in another person. People who have travelled with him for years are not able to do the things that he does.  Therefore, if the people that travel with him cannot replicate the results, what can he possibly teach me in three days that can really impact my Christian walk?

That first night our travelling evangelist taught on the subject of prayer.  He spoke extensively about the temple and how, when we seek to get into deep intimacy with God, we must endure much time travelling through the outer court before we feel a release to enter the inner court.  From there prayer becomes lighter, but to get really deep we must press on until we finally get break through into the Holies of Holies to enjoy deep fellowship with God.

Even in that space of time from when you start praying untill you reach the Holies of Holies, he stressed the need for persistence.  If you want to get up and go and get a drink of water, or have a light snack, you might break the “spiritual flow” and you’ll have to start all over again.  I have heard very similar teachings come from worship pastors talking about getting going beyond the veil and other such notions.

I humbly propose our traveling evangelist, and everyone who teaches this spiritual temple traversing mantra, is wrong and it promotes a works based religious Christianity.

Teachings like this esteem people whom spend long hours in prayer and worship, and credit them with a sense of reward for their works.  Ultimately, prayer and worship of this kind are nowhere found in the New Testament.  In fact, you can’t even find it in the Old Testament.

Under the Old Covenant

If there is anywhere we can learn about prayer, we can look to the man of prayer, Daniel.  Needless to say, Daniel lived under the Old Covenant. Daniel had two powerful prayer experiences that I want to zero in on.

In the book of Daniel, chapter 9, Daniel sets his heart to understand the Prophet Jeremiah concerning the captivity of Israel and the time frame for restoration.  Daniel goes about confessing the sins of Israel and pleading for mercy towards God, and began doing very much what we may expect from a person’s prayer life today.

Then something amazing happened; an angel of the Lord appears while Daniel is still praying.  Talk about a divine encounter!  The angel Gabriel appears with very clear instructions and interpretations from God concerning the matter. (Daniel 9:20-22) Significantly, Daniel had been praying for maybe 3 minutes before his angelic encounter interrupted him. Most significant was what the angel said.

Daniel 9:23  At the beginning of thy supplications the commandment came forth, and I am come to shew thee; for thou art greatly beloved: therefore understand the matter, and consider the vision.

In other words, Daniel was actually over praying after three minutes.  Of Course Danielle didn’t know that.  There was no discussion about traversing anything like a spiritual temple. In fact, Danielle got better results from his first few seconds of prayer than most of us get after years of prayer, and this is still under the Old Covenant.

The story does not end there.  Daniel sets his heart to understand a vision.  He sets aside a season of fasting and prayer and found himself in this position for three weeks.  It’s interesting to note that all the prayer and fasting is not bringing faster results than his previous experience. Finally, Daniel gets a second divine encounter.  I love that the angel basically told him that he was loved and to get off the floor and stand like a man before him. The important understanding of this encounter when it comes to prayer is what the angel says after:

Daniel 10:12  Then said he unto me, Fear not, Daniel: for from the first day that thou didst set thine heart to understand, and to chasten thyself before thy God, thy words were heard, and I am come for thy words.

Basically, the angel is saying that the three weeks of fasting and prayer was not what triggered the release of his divine encounter, but rather it was his heart’s desires to get understanding from God.

It was not the works, the length of time, or even the fasting that released Daniel’s answer. It was simply his desire to know the truth. Daniel, the man of prayer, had an old covenant relationship with God and the most he had to do to get his answer, was desire it.

Of course I’m not suggesting that Daniel should have stopped praying, but I think from these two encounters he may have learned much about getting answers from God.  It was not the fasting and praying that was getting the answers. It was his relationship with God and his desire to know truth that seemed to release those encounters.  More importantly, the reason they delayed was not because God had not answered, but rather because the demonic enemy, “Prince of the kingdom of Persia”, hindered it.  (Daniel 10:12)

In my opinion, if Daniel, after having made his supplications, started to pray against the “Prince of the Kingdom of Persia,” I believe Daniel would have got his answer faster.  I’m not sure the Old Covenant would have allowed him to do that, but more than likely his relationship with God would have.

Under the New Covenant.

Thank God for Jesus.  When we move into prayer in the New Covenant, we have an even greater covenant with God!  That far exceeds anything people living before the cross could have experienced. When Jesus gave up the Ghost, the veil of the temple was ripped from top to bottom. (Mark 15:38)  Technically speaking, the Holies of Holies has spilled over into the inner court. But, I won’t even elaborate on that, because that will just wreck too many people’s theology.  The Point I’m making is that God was out of the Box!

Later, in 70 AD, the temple was destroyed.  I believe this was God again emphasising that there has been a change.  God is no longer in a man made house, neither is he far off from the lives of His people. God is now living inside of us. (1 Corinthians 3:16) It goes even one step further, in that we are now joined to the Lord in one Spirit. (1 Corinthians 6:17)  Our spirit and His Spirit are one.  We are connected, at all times, to the Holies of Holies.

Now, and best of all, we actually do have the authority to pray against things like “Prince of the Kingdom of Persia,” because Jesus has given us authority and power over the demonic beings that hinder the answers to our prayers.  I believe that is why Jesus taught us to “speak to the mountain.”

As New Testament believers we are in the better place to have our prayers answered without works of prolonged fasting and prayer, but simply by faith in our relationship with our Father.  Secondly, if our answer tarries, we have the ability to speed things up by praying effectively against the hindrances of the enemy.  We can do all that today, right now, without ever once having to think we are traversing a temple expedition.

Prayer is important and fasting is important, but not for the reasons many of us have been taught; that it gets God to move or answer our prayers.  As if when we afflict ourselves, we feel we can strong arm God to give us what we want.  God is not dealing with us according to our works, he is dealing with us according to his relationship to his Son, whom we are in by faith. Prayer and fasting are very important for the reasons expressed in Matthew 17:21:

Matthew 17:21  Howbeit this kind goeth not out but by prayer and fasting.

When you read the full context of its purpose of prayer in fasting, you realize it is for the removal of unbelief in the lives of believers.  (Matthew 17:14-21)

On my final point, I’m sure there are many of you who will comment and say, “But I was taught about traversing the temple, and I’ve been doing that in my life and I’ve had great results!”  To that I say, no doubt, you probably had great results.  The reason you have great results is because you have faith that the amount of time you are putting into prayer and worship will bring great gesults. In other words, if you believe you need to spend three hours traversing some spiritual temple in prayer before you feel connected with God, then you’re not going to get that feeling before the three hours is up, because that is what you believe.  We empower what we believe, so according our faith will be our experience. But God will try to show you that you don’t need to do all of that. We can come boldly to his presence anytime, all the time, just by our desire to be close to him.  If you believe you are one with God, you may suddenly find yourself feeling that connection all day, even when you’re scrubbing toilets and doing the least spiritual things imaginable.

In closing, I’d like to add that we are called believers, not feelers.  All too many of us are hooked on a feeling, thinking that only when we feel the great weight of God’s Glory is the only time to make a request.  I’d like to suggest to walk by faith, and try making the request even when there is no feeling at the beginning and see what happens.  You may come to realize, as I did, that it’s not about the toil and affliction. It’s about believing I’m one with Jesus, even if I don’t feel it.