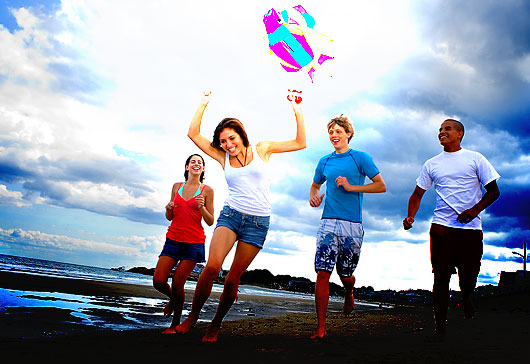 Genesis 5:3 And Adam lived an hundred and thirty years, and begat a son in his own likeness, after his image; and called his name Seth.

Many in the church today would assert that we are all God’s creations, but we are not all God’s children. They would argue that the adoption as sons and the right to call ourselves children of God, is only available to them that put faith in Christ unto salvation. But something very interested is recorded in Scripture concerning this subject, and shows the power of the Blood of Jesus through the cross on behalf of humanity.

We all know the Genesis account of creation and the Garden of Eden. God Created Adam in his own image and likeness for the future purpose of being adopted and loved by the Godhead. Through the deception of the serpent, the nature of Adam was turned from divine to become a slave to sin. The story account that after the fall, Adam gave his wife the name Eve, and they had a son, not after the Divine Image, but after their own image.

Millennia later, Jesus Christ comes on the scene, as the last Adam. Unlike the first Adam, He walks out his life in perfect obedience and is the only person to achieve righteousness according to the Law. Into the passion account from the Garden to the Ascension, all of humanity is included in the work of Christ, to bring about the undoing of the work of Adam, and restoring all humanity to the lineage of God.

To come full circle, Jesus undid the fall of Adam. God included all of Adamic humanity in Christ, and Christ died, and all of us died with Him (2 Corinthians 5:14). Further, by his resurrection, all of humanity rose with Him, and we became born again (1 Peter 1:3) as new creations (2 Corinthians 5:17). God reconciled and adopted all of humanity (2 Corinthians 5:19) into the inclusion of the fellowship of the Godhead, but without faith we cannot participate in our salvation and reap the benefits of our union. From God’s perspective, it is finished, we have been accepted, cleansed, and adopted, but from our perspective, we can either trust in the work of Christ through faith unto salvation or reject it.

But the truths of God ring true, and the lineage to God as humanities father has been restored (Luke 3:38), even to those who are still blinded by darkness and have not been told the Good News yet. Paul himself declares this truth, while talking to the Athenians and Pagans on Mars’ Hill, is quoted as saying:

Acts 17:28 – 29 For in him we live, and move, and have our being; as certain also of your own poets have said, For we are also his offspring. For as much then as we are the offspring of God, we ought not to think that the Godhead is like unto gold, or silver, or stone, graven by art and man’s device.

Because of Christ, our linage has been restored and all of us are the Children of God, by his blood. Like Paul, we are commissioned to go and tell people of the Good News (news is something that has already happened), and bring the Light of what Christ has done to them, so they have their eyes opened and may partake of the benefits of this relationship through faith unto salvation (Acts 26:18).