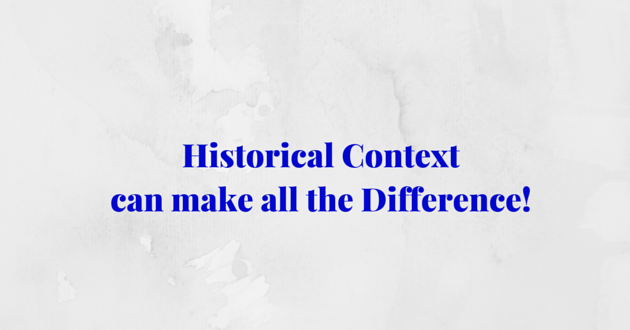 “When we call someone a hypocrite, that’s a bad thing. So we assume that the Pharisee were bad people. They weren’t, in fact they would be most welcomed in our churches. ” – Malcolm Smith.

Part of our study of Scripture is understanding the historical context in which many of the texts were written. What was culturally significant in the days of Jesus and the apostles, we often do not recognize, with our western modern interpretation, 2000 years removed from the writings. As such, we fail to grasp the meaning of some verses simply because we do not know much about the characters that they are talking about.

Take for instance, the Pharisees. The modern church is quick to condemn the Pharisee as the first enemies of Jesus Christ, but how much does the church know about these people, and why they were condemned by Jesus? How can we be expected to avoid the Leaven of the Pharisee, if we don’t know anything about them?

If we looked at them today, we would see a group of people devoted to the Scriptures. The first part of their education as young boys, would have been to lick honey off of the ancient slates, to psychologically link the Scriptures with pleasure. In a very literally sense, they would think Psalms 34:8  O taste and see that the LORD is good: blessed is the man that trusteth in him.

From ages 5 to 10, these boys would have had the Torah memorized, and from ages 10 to 14, they would have memorized the rest of the Tanakh. Only the best of them would go on to be taught by a Rabbi and then go on to become a Pharisee or a Sadducee.

If we saw them in their daily routine, they would have given themselves over to much Prayer, first at 9am, then at noon, and then at 3pm, daily! They were given to fasting twice a week, and were faithful tithers of all they possessed (Luke 18:12). And they were also heavily active in the evangelism, going to far off distant lands to bring converts under submission to circumcision and the Law (Matthew 23:15.). And for all these deeds, Jesus called them children of the devil (John 8:44.)

What the scriptures don’t teach us is the other side of the equation. There is evidence to suggest that the Pharisee were involved in all manner of sexual and immoral acts behind their pious exterior. There are writings in the Babylonian Talmud, that suggest how it is permissible for men to have sex with 3 year old girls and young boys under the age of 9. There are even writings about how having sex with the bodies of dead women, including family members is not considered breaking the Law. There is even text that suggest that bestiality for women is alright, as long as her hymen isn’t broken in the act, and she can go on to marry a Pharisee or even the High Priest.

Now I concede that there is great debate as to whether these writings of oral traditions and teachings go back to the time of Christ and if the Pharisee of Jesus day were actually involved in these sorts of things. For instance, when Jesus talked about the the Pharisee teaching of Corban (Mark 7:11-13), and how their tradition had made the Word of God of no effect, Jesus is pointing to something from their Talmud in the Treaties of Nedharim.

It was these watered down, Talmud traditions and interpretations of the Law that had brought the Nation of Israel to the danger of God’s Judgement and to their own destruction. It was the reason that the Old testament Prophets referred to Jerusalem and the nation of Israel as Sodom and Gomorrah (Isaiah 1, Jeremiah 23:14, Ezekiel 16:49-50). These teaching were why Jesus constantly corrected and rebuked the Leaders of Israel, and why Paul talked about the Law being a breeding ground for death and all sinfulness (Matthew 23:27, Romans 5:20).

Unfortunately, the Leaven of the Pharisee, is alive and well in the Church today. It is expressed every time someone says they want people to look at their life as an example of how set apart them are from the rest of the world. Even though that is exact opposite of how Jesus lived, and how he never said the world will know us for our different appearance, but by our love.

It is expressed in all those well meaning Christians, working hard for God, esteeming great passion for the Scriptures, Fasting and praying fervently for the Lost, and giving their money, possession and even their very lives for their own version of holiness, as their marriage falls apart, their family is pushed away and even their lives become dry and void of all joy. The leaven of the Pharisee is expressed when the appearance of something is more important than the substance, and we invent ways and traditions to justify our behavior and seek separation from others over unity and  loving others.

10 things you may have in common with the Pharisees.