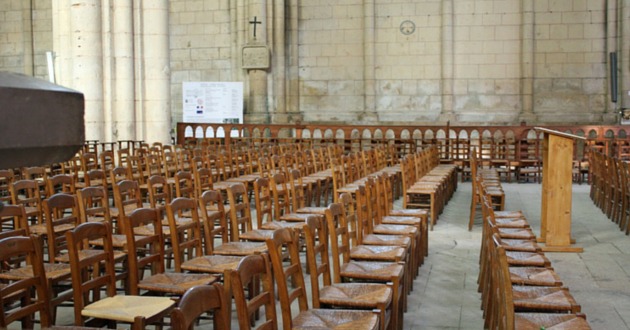 There was a Pastor once, who had built a church fellowship of a few thousand people. They were heavily involved in television, radio, and a number of social programs in the community. Their church was sponsoring missionaries around the world, as well as had a global prayer network of people taking calls and emails for those in need. From every visible sign, the vision of the Pastor was unfolding before his eyes.

Then one day, as he stood before his congregation of many, looking out over the pews as the worship band concluded their set and the lights focused in on his place on the pulpit, something dawned on him. As he looked out at all the smiling faces, he realized that no one in that church knew of the pains in his life.

No one knew of the feelings of isolation and loneliness. No one knew of the issues between he and his wife, who worked hard to be a shining example to everyone else, but their fights were getting worse. No one knew he has been preaching with back pain for the last 5 years. He looked out on the crowd, and for the first time, he only saw strangers in the faces of people who had been there in his church for years.

It was that day, he realized, that if he was not comfortable enough to share the things of his heart in the church he has help build, then no one else would be comfortable either. He knew that day, he had built a religious edifice, and not a family. He knew he didn’t even trust the people closest to him, far less for the people to trust each other. And without saying a word, he walked off the pulpit and out of the church forever.

When we obey God he will take care of us. Wonderful Sermon today at @lakewoodch by Pastor TD Jakes @BishopJakes pic.twitter.com/YGBvJGBYfV

The church did not last much longer. After a series of leadership shufflings, and some financial discrepancies, the entire ministry was closed up and sold off in the matter of 2 years. Later on, when people asked that Pastor about what happened and why his ministry disappeared, he said simply, “I thought I was building it for Christ, but it was really an edifice to myself, it is no wonder it all fell apart when I left, but whatever little was truly of Christ will remain.”

I share this story that we can examine ourselves in the light of Scripture. When the Apostle Paul planted a church, he would remain with them for a short while, then he would leave. The reason he would leave, is because he understood human nature was to build monuments to people, instead of on Christ. When Paul would leave a church he planted, only that which was truly built on Christ, and not out of service to himself would remain.

Now I’m not saying that Pastors should leave the congregation after a few months. More importantly, I’m asking the fundamental question, what would happen if they did? Would we see a noticeable decline in activity when the leadership is absent? Or if the leaderships was found in an adulterous affair, or stealing money or lying from the pulpit, would that change our behavior in any way? Would we transform ourselves into militant defenders of our leaders to protect him or her as our true foundation, or would we pray for him in his folly, while we continue to walk with Christ?

5 thoughts on “My day with an Ex Mega Church Pastor”